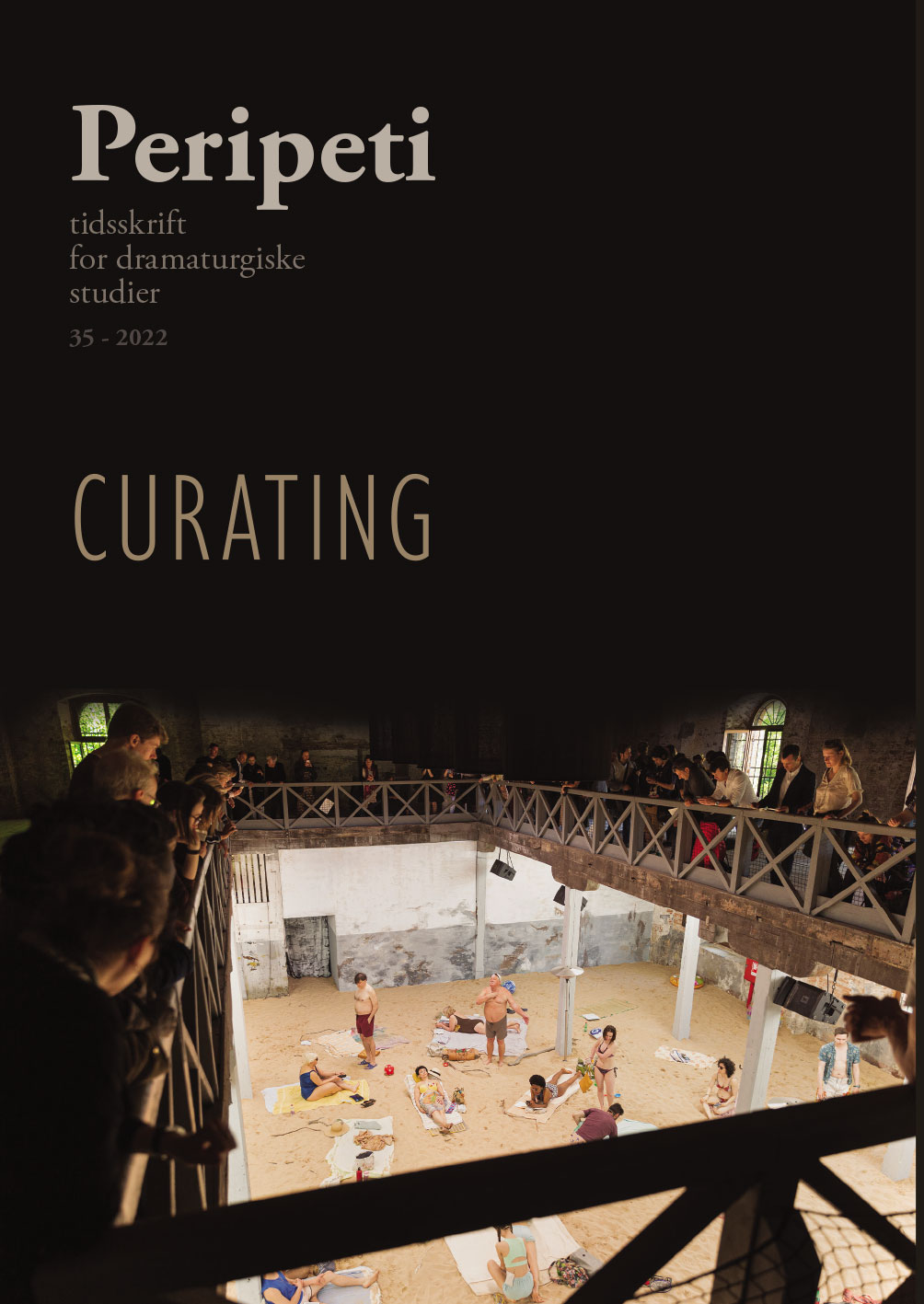 This issue of Peripeti is dedicated to curating within and in relation to the field of performing arts. Deriving from the Latin curatus, to curate means “to care for”. Over the past ten to fifteen years, the field of performing arts has gradually adapted the term of curation.  As illustrated by the contributions to this issue, curatorial practices invite us, with renewed vigor, to negotiate whose histories and tastes artworks actually represent, and who gets to think, write and curate public spaces and cultural experiences for whom: What does it mean to ‘curate’ repertoires in theatre institutions, to ‘curate’ performing arts festivals or to ‘curate’ performance practices outside of purpose-built theatre buildings? Where do curatorial practices and dramaturgical practices align, overlap and/or differ? What does a curatorial lens offer for the field of theatre making and dramaturgy? What is the potential and what are the limits to putting into dialogue curatorial traditions within art museums and the field of theatre, dramaturgs and performing arts?

Contributions by a wide international range of scholars, curators and dramaturgs.