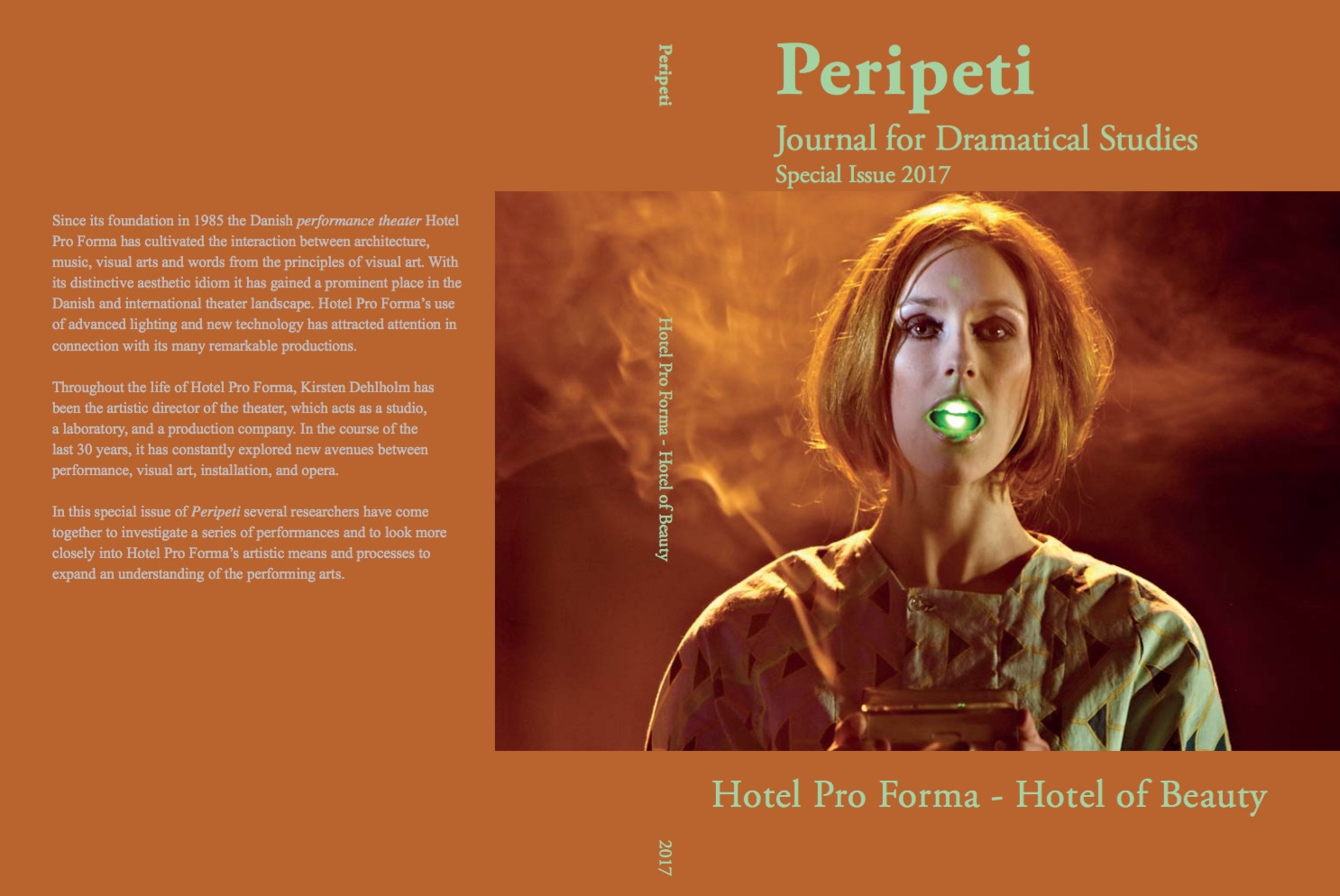 Since its foundation in 1985 the Danish performance theater Hotel Pro Forma has cultivated the interaction between architecture, music, visual arts and words from the principles of visual art. With its distinctive aesthetic idiom it has gained a prominent place in the Danish and international theater landscape. Hotel Pro Forma’s use
of advanced lighting and new technology has attracted attention in connection with its many remarkable productions.

Throughout the life of Hotel Pro Forma, Kirsten Dehlholm has been the artistic director of the theater, which acts as a studio, a laboratory, and a production company. In the course of the last 30 years, it has constantly explored new avenues between performance, visual art, installation, and opera.

In this special issue of Peripeti several researchers have come together to investigate a series of performances and to look more closely into Hotel Pro Forma’s artistic means and processes to expand an understanding of the performing arts.