Participation has become a popular strategy within contemporary art. Previously, it has been associated with avant garde art, yet nowadays it has become central strategy in the arts, often favored by politicians and other funders. As a result, participatory art finds itself in a strategy becomes unreflected. Phenomenology, and especially Maurice Merleau-Ponty's philosophy, has been mostly associated with the 1960s Minimalism, as it influencedAmerican artists to explore the position of the spectator and the lived experience of the artwork. However, as phenomenology was associated with modernism, it has been often deemed insufficient to address the political dimension of contemporary art from the late 1960s onwards. In order to find a way to connect the apolitical phenomenology of the 1960s minimalism to the political art of today, I discuss a case study of Pilvi Takala's (b. 1980) The Committee (2013). With this piece Takala won the Emdash prize at Frieze art fair in London. The work consisted of a simple gesture: in it she gave, 7.000 pounds, most of the production budget included in the prize to a group of children. The children could freely use the money as long as they made the decision together. The Committee brings together children and money at an art fair, using the strategies of socially engaged art. In the article I examine the piece from a phenomenological vantage point in order to understand the different levels of the work. 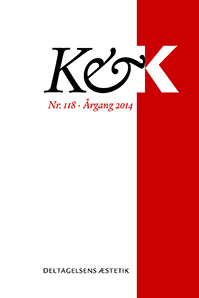