Something out of a Nightmare: Om Cho Seung-Hui og hans tekster

Something out of a Nightmare, Cho Seung-Hui, tekster

Something out of a Nightmare: On Cho Seung-Hui and his Texts:

This article examines the relationship between the literary texts that the Virginia Tech shooter, Cho Seung-Hui, wrote and his terrifying deeds. Some of the texts were – shortly after the shootings – accessible on the Internet. The publishing of the texts raised several discussions about whether you could predict the acts of Cho by examining his texts. While most people, often very one-sidedly, associated linked author, texts and perpetrator together, this article discusses the subject in a more balanced manner, both in relation to didactical considerations and in relation to the question about what impact literature as such has on young people today. Thus the point in the article is that Cho’s texts do not hold any signs of relief or unrestraint in spite of their violent nature, but only show intellectual poverty. The biggest tragedy in this perspective may perhaps be that creative relief finds a more suitable expression elsewhere, in actual deeds. 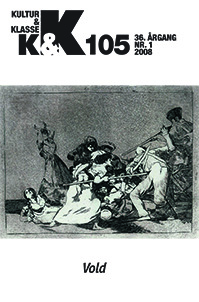