This article is a study in the political authorship of St. St. Blicher who is known by Danish literary historiography chiefly as a writer of short stories. Less known is the fact that he actually wrote both for and against the Danish-Jewish community in the course of his career. An examination of Blicher’s vast non-literary authorship makes way for a new Blicher, less disembodied from the general historical situation of his time. Politically Blicher is an interesting figure because he didn’t condone the state centralism of the liberal nationalism. Instead, Blicher’s philosophical relativism is closely connected with a certain political regionalism, which acted as the determining factor when he sided with the Jews under the literary feud in 1813. Quite contra-intuitively, it was also one of the deciding factors when he wrote a series of anti-Semitic pieces in the newspaper Jyllands-Posten in the late 1830s. Blicher’s politics of cultural recognition is haunted by a deeply rooted ambivalence: The political turns may seem self-contradictory, but do actually possess an inner logicW– a logic not entirely unrelated to the very ideologies and politics Blicher earlier had sought to distance himself from. 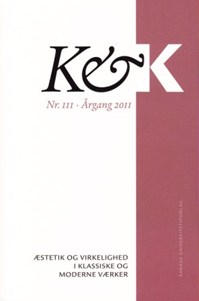