THE POLITICS OF UTOPIA | The article discusses the continued relevance of utopia in the 21st century as well as the general problems that arise from utopia as a literary and political phenomenon. UtopiaH– both as psychological “wishfulfilment” and as social constructionH– is involved in a contradictory relationship with the political. Utopia presupposes a “suspension” of politics,
and hence utopias flourish in periods of social turmoil, but without political agency or direction. The function of utopia is first and foremost negative, in the sense that utopia does not offer a representation of a better future, but rather shows us that we are unable to imagine such a future because of the ideological closure of the system. Therefore, it will be impossible to develop an effective and critical political practice for the age of globalization without the resurrection of utopia. 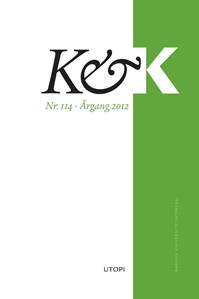