Background: Prehospital peripheral intravenous cannulation (PPIC) is a procedure performed routinely and often precautionary despite evidence that it increases the risk of infection and phlebitis, prolongs scene time and increases mortality. The aim of this study was to identify to which extend PPIC was necessary before arrival to hospital, and to investigate whether the triage category of the patient had a role in the necessity of PPIC.

Methods: Prehospital providers from the Capital Region of Denmark were asked to collect data on all PPIC attempts in a course of two months, during summer 2018. The questions were related to the patients’ classification into one of four available triage categories and the providers’ assessment of the necessity of the PPIC for either prehospital medical treatment or the anticipation of such. Data was exported to statistical software for analysis and descriptive statistics was performed.

Conclusions: Based on the findings of this study, approximately half of PPIC’s are necessary for prehospital use, and the necessity tends to correspond with an increase in triage category. However, PPIC necessity for patients in the green/non-urgent triage category should be carefully evaluated, based on a patient risk/benefit analysis. 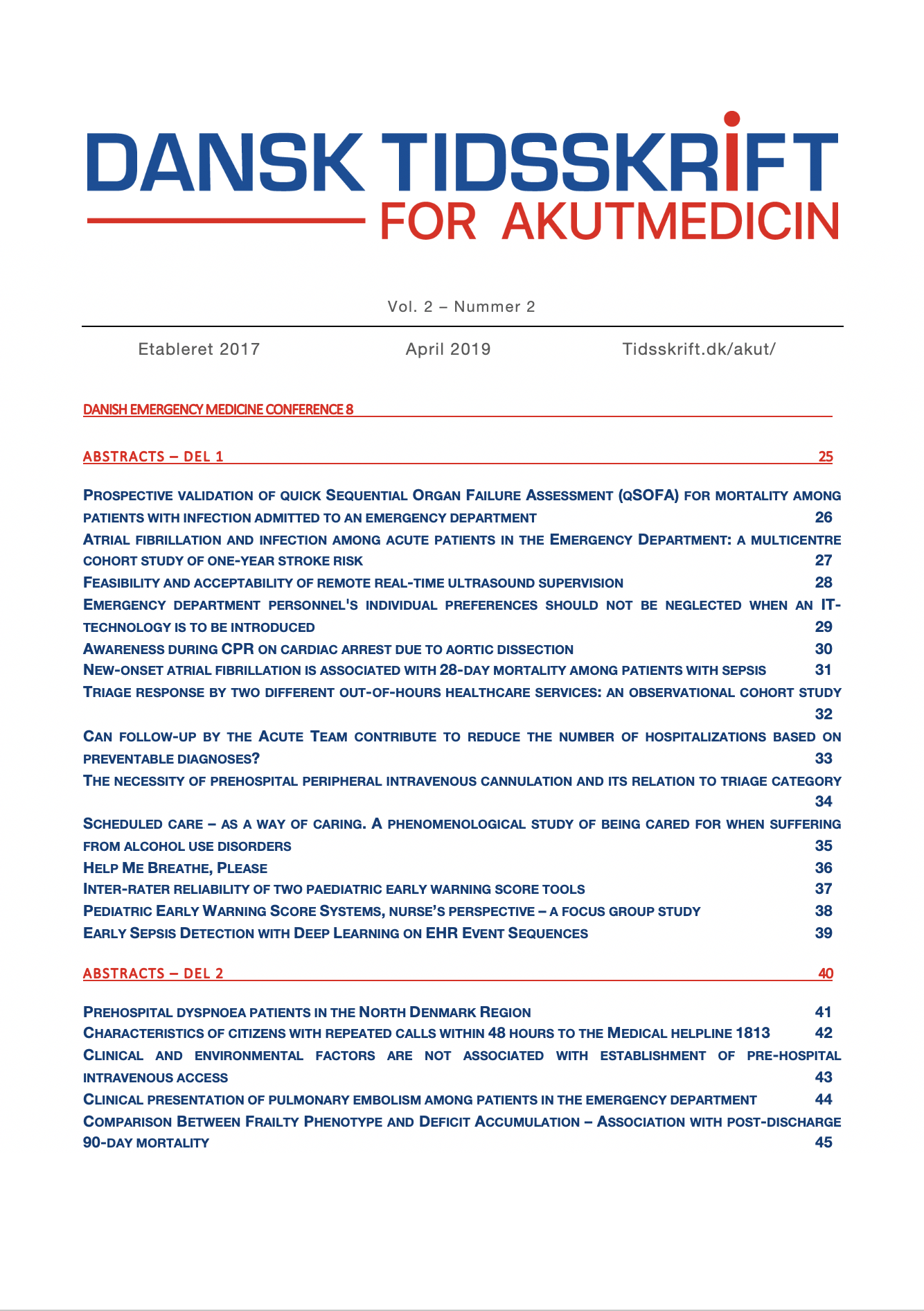