Drawing on Ewa Domańska’s theory of necrovitalism (2017), Rosi Braidotti’s works that engage with life/death ‘dichotomy’ (2006; 2008; 2013), and affect theories, I hope to show how normative understanding of death and mourning, typical for horror cinema as such, are questioned and transformed through an affective engagement with spectral soundscapes in two recent horror films – A Dark Song (2016) and We Are Still Here (2015). To a large extent, both films replicate normative understanding of what constitutes a reasonable occasion for grieving: the sudden and seemingly unjust death of a child. A child’s lost life, often seen as the pinnacle of felt grief, is then mourned passionately by the mother (rather than the father), whose determination and intuition guide her over the life-death threshold in order to reunite with her dead child or find some kind of closure. And yet rather than stopping at representing bereavement as a finite process, these films incorporate mourning into their cinematic language and use it to comment on the limits of Western definitions of death and life after death. In both films, encounters with otherworldly necropersons (to borrow Ewa Domańska’s term) disturb the zoe/bios distinction that organises Western mourning practices. More importantly, since these encounters rely on sound rather than vision, the protagonists (and the viewers) can no longer depend on
scopic regimes of knowledge and are encouraged to think/feel about death differently. 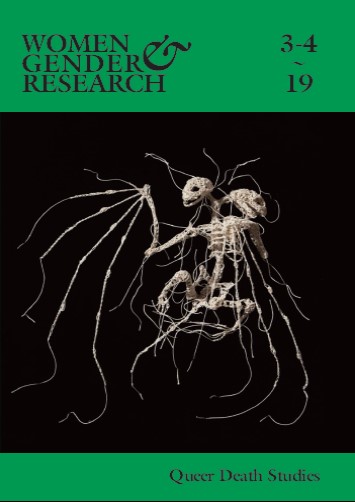