Nina Lykke is Professor Emerita at the Unit of Gender Studies, Linköping University, Sweden.
She has been an engaged feminist researcher, educator, and activist since the 1970s, during
which time she has developed important critiques of epistemologies in science and technology.
She has covered topics as diverse as the space race, reproductive technologies, cancer, and death.
Lykke has published widely in both Scandinavia and internationally within the field of feminist
cultural studies of technoscience. Her most well-known publications within the area include the
monographies Cosmodolphins (2000) co-authored with Mette Bryld, and Kønsforskning (2008)
(in Engl: Feminist Studies (2010)), as well as the edited volumes Between Monsters, Goddesses
and Cyborgs (1996) co-edited with Rosi Braidotti, Bits of Life (2008) with Anneke Smelik, and
Assisted Reproduction Across Borders (2017) with Merete Lie. She has been pivotal in establishing
the Unit of Gender Studies at Linköping University, with which she has been affiliated since
the unit’s inauguration in 1999. She has played a major role in the development of the PhD
programme in interdisciplinary gender studies at Linköping University, which has a strong profile
within feminist STS. In 2007, she started the Center of Gender Excellence GEXcel, initially
funded by The Swedish Research Council, Vetenskapsrådet, and later by the participating Universities,
Linköping University, Örebro University, and Karlstad University, Sweden. She has also
been the director of the Nordic Research School in Interdisciplinary Gender Studies 2004-2009,
and from 2008-2017 she was the director of InterGender, the Swedish-International Research
School in Interdisciplinary Gender Studies. We met with Nina Lykke in Copenhagen, in order
to let her unfold how her own interest in Feminist STS/Feminist Technoscience Studies
emerged, and how she has put feminist cultural studies of technoscience to work from the
1980’s until today, through research, teaching, and activism. 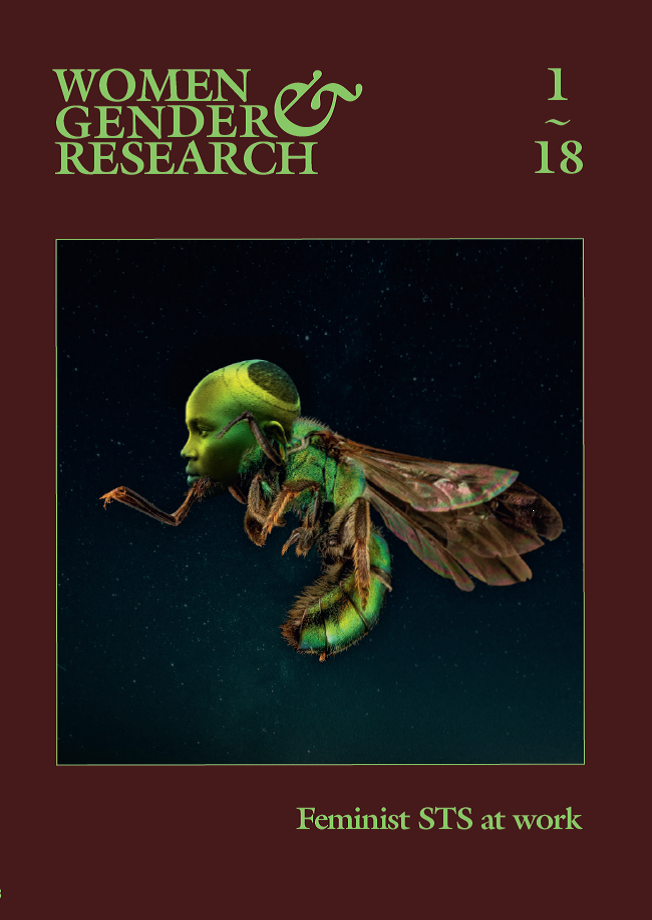