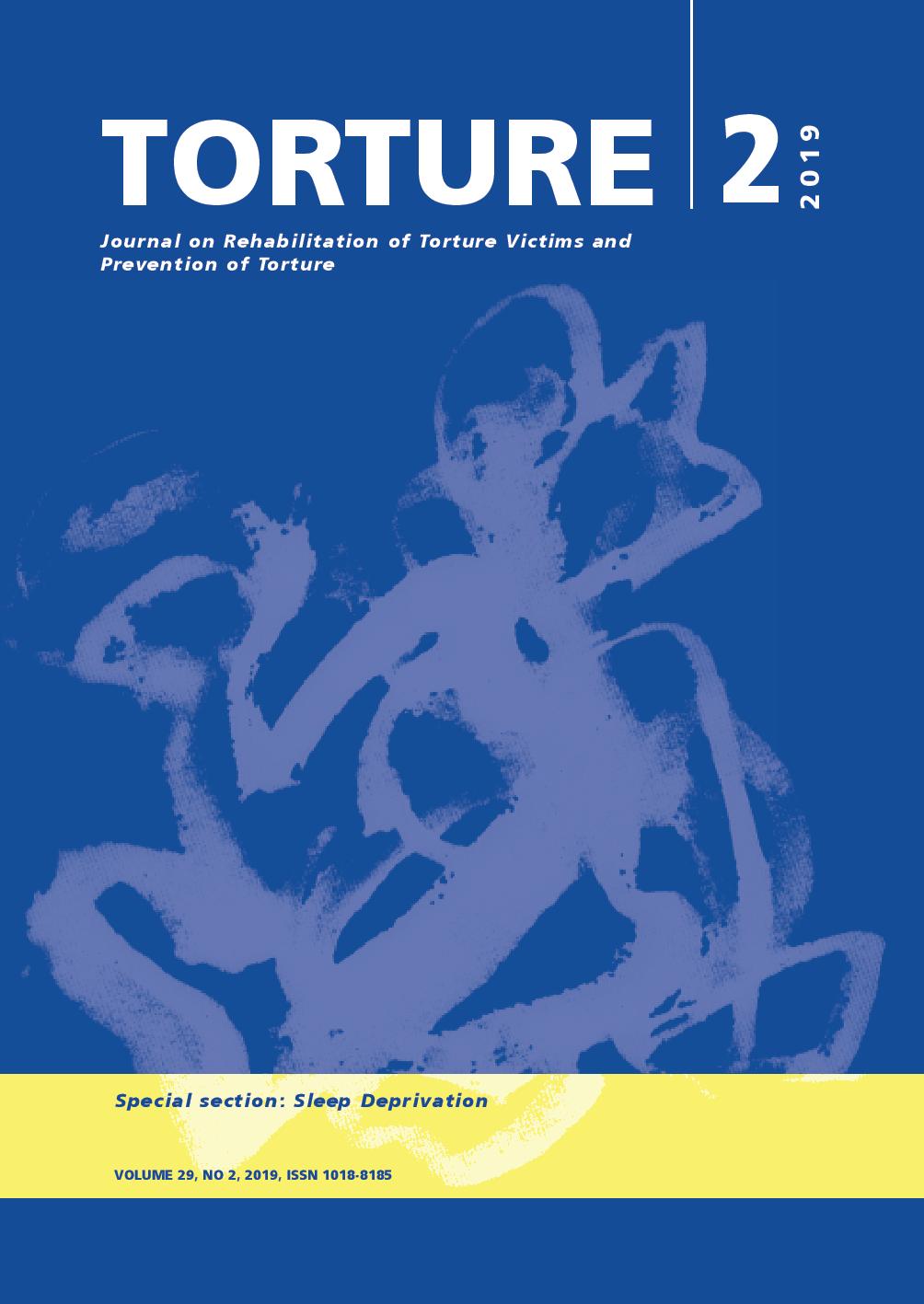 This issue of the Torture Journal examines sleep deprivation as a method of torture. The editorial proposes that intentionally forcing a person to have less than 6 hours of continuous, restful sleep must be considered a form of degrading treatment that could amount to cruel and inhuman treatment, and suggests that when daily sleep deprivation is intentionally prolonged in a sustained manner for three days or more, it should be considered as a form of torture in itself.

The issue includes a review of the prohibition of sleep deprivation as torture or ill-treatment in international law and the text of a Protocol for Medico-Legal Documentation of Sleep Deprivation with an accompanying explanatory article covering the development and pilot testing of the Protocol. The section also includes a study carried out in Palestine, documenting the impact of sleep deprivation on a sample of Palestinian detainees.

The issue is further complemented by an epidemiological study on knowledge relating to torture amongst medical professionals in Tanzania and a case report from Australia exemplifying narratives of Tamil survivors of sexual violence. A Debate section that discusses the standing of the Istanbul Protocol through the case of Mr Firas Tbeish is also included. Finally, a book review and letter to the editor close the issue.