In an article from 1920 Knud Rasmussen wrote: ”One has no choice. The life of all

the future is depending solely on their potentials for development under new conditions;

the road to the future must lead over the dead body of their own race.” These words

have later been quoted again and again, often detached from their context and therefore

misunderstood. It is hard to make the statement match Knud Rasmussen’s role as the

communicator of Inuit knowledge and the defender of “primitive” (aboriginal) people,

in its full context, including not only the whole series of articles in which it appeared,

but also a central text from the Greenlandic part of Rasmussen’s writings. Generally,

researchers have been occupied with Rasmussen’s bi-lingual and bi-cultural skills, but

research. Seen in the context of Knud Rasmussen’s (very successful) attempt to introduce

the evolution-theory to the Greenlanders, there can be no doubt that Rasmussen did in

fact mean, what he wrote. To Rasmussen, the future for the aboriginal people of

Greenland lay in the interethnic relationship between Danes and Eskimos, which had

resulted in a whole new race of people who were neither Eskimo (Inuit) nor Danes, but

Kalaallit, Greenlanders. Read in its context, and seen also from the perspective of

Rasmussen’s own time and personal situation, the statement might in fact not be so

very deviant from the present time’s focus upon mixed identities and hybridity. 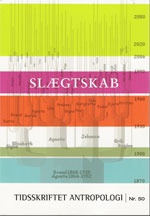