On the basis of data collected during fieldwork in the city of León, Nicaragua, this

it. The article shows that, in spite of the constitutional definition of education as free

and equal for all Nicaraguans, parents are often asked for economic contributions. By

solidarity influence the way that parents conceptualize their school expenditures and,

in relation to this, confirm the status of the school as free. Furthermore, the article

the relation between teacher and students by using family terms. Inspired by the theory

of the American sociologist James Carrier, I argue that this comparison, in addition to

the values of responsibility and solidarity, further influences the way Nicaraguan parents

and children experience their economic contributions. Finally, I argue that even though

the users of the school describe it as free of charge, it remains necessary to recognize

its economic aspects, since a lack of recognition can turn out to have important individual

and social consequences for the people involved, especially, for the most economically 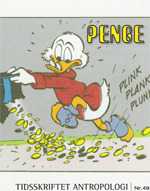