Arguably the most important conceptual development in the area of placebo research in recent times was the redefinition of the placebo effect as an “effect due to the meaning of an intervention” (Moerman & Jonas, 2002). The placebo effect was reframed from a nuisance to a potential resource. When Martini in Germany (Martini, 1932) and Beecher in the US (Beecher, 1955; Lasagna, Mosteller, von Felsinger, & Beecher, 1954) started discussing the placebo-effect in the 30ies and 50ies it was a conundrum. Clinical pharmacology set out with the promise to find ever more specific treatments for diseases. This project assumes that through scientific knowledge we will unravel the causal network of diseases that can then be specifically targeted through clearly designed drugs with specific, known and targeted causal pathways of efficacy. This is theory. Or shall we say poetry and fantasy? Following this theory, everything that is not causal can only be background noise and a nuisance (Grünbaum, 1989). And hence the placebo-effect, as it showed in clinical trials that were necessary to prove the specific efficacy of these interventions, was considered a nuisance and, technically speaking, error variance to be minimised. Research and clinical experience showed how powerful such effects can be in practice. The redefinition by Moerman and Jonas captured this cultural move: the placebo-effect grew from a nuisance to be avoided to a resource that can be very helpful (Walach & Jonas, 2004).

In this contribution I would like to take this development one step further and argue that this effect is actually the most important therapeutic effect of all. All so called specific effects, causal interventions etc. are only maneouvres that help marshal this most powerful therapeutic ally: the self-healing response. And so my thesis is that behind the placebo-effect we see self-healing at work. I am advocating a kind of figure-ground perceptual change: What has been considered the background, even background noise, namely the placebo-effect, I would hold to be the most important element. It should move to the foreground and become what it actually is: the most important component of every therapeutic system (Wampold, Minami, Tierney, Baskin, & Bhati, 2005). That does not negate that there are specific effects, like in life-saving surgeries in cases of emergencies or when resecting tumours. But they are the background that only allow the figure to emerge: the individual self-healing trajectory. 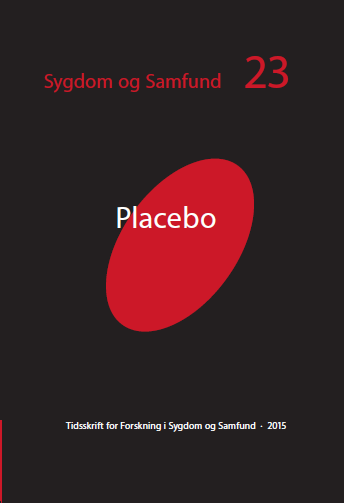