The term Old literary Finnish means Finland’s written language during the Swedish
rule. The idea of a dictionary of old Finnish was first presented by E.N. Setälä,
professor of Finnish language, in his 1896 proposal for a dictionary program. The
planning of the dictionary was begun by professor Martti Rapola in 1956, but the
actual work on it was started only in the latter half of the 1960s. The basic material
for the dictionary consists of the vocabulary of the printed material from the era of
the Swedish rule. The examples are taken from a text corpus containing almost
three-and-a-half million words and a collection of approximately 550,000 file cards.
The third volume of the dictionary is compiled using structured FrameMaker+
SGML.
The Dictionary of Old Literary Finnish is descriptive and diachronical. It can
also be regarded as a quotations dictionary. Most headwords are in modern Finnish,
and other forms are presented as variants. The data from the dictionaries compiled
during the Swedish rule is also included in the articles. The main work consists of
going through the material and defining the meanings. One has to consider different
types of usage, how to divide different meanings into groups, etc., and proper
examples for each group have to be chosen. The explanation is usually a description
of the meaning, a definition, or a list of synonyms. In choosing the examples one
needs to consider the time, the type of literature, word forms, variants, idiomatic
patterns, etc. The articles in the dictionary are very different in type and size. In a
large article, the division into meaning groups can be considerably intricate. Besides
the primary articles there is a large amount of cross-references.
The Dictionary of Old Literary Finnish is a useful book for researchers of
language and history, and also for theologians and forensic historians. It is also
necessary for all Finns interested in their roots and culture. 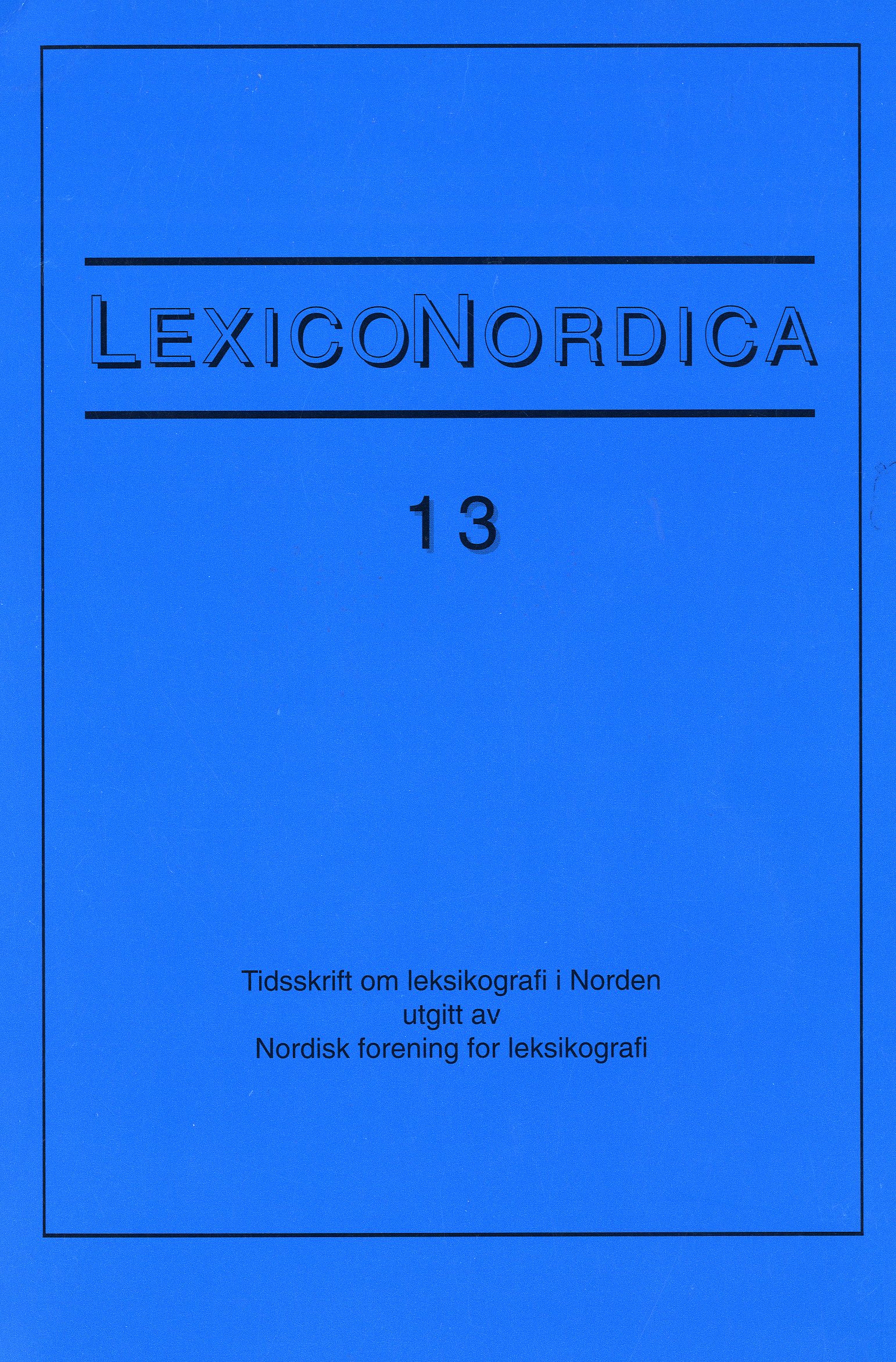