This article investigates music as culture from a historical, ethno-musicological perspective. Jens Henrik Koudal bases his work on the preserved music collection and large private archives of Christian Olsen (1881–1968), who was born and spent most of his life on the farm Torpelund in Zealand, Denmark. From Olsen’s collection, it is possible to make a historical reconstruction of the  rich musical life that took place on the farm, and the purpose of the article is to examine what the musical activities meant to the Olsen family’s social and cultural identity; i.e., both their self-conceptualisation and their marking of identity towards their surroundings. The article’s method is rooted in a ‘broad’ concept of culture, along with Christopher Small’s concept ‘musicking’ and new musicology’s tendency to focus on the practice of music-making rather than on ‘great’ composers and books of music. Torpelund is compared to similar settings in England (e.g., East Suffolk around 1900, according to Carole Pegg) and Western concert halls (around 1980, according to Christopher Small).

During the inter-war period, the Olsen family gathered together a circle of diverse people, including relatives, friends, business connections and other musicians, who all participated in the  “musicking” as equals. Their repertoire consisted of classical and  romantic art music from c. 1780–1890, plus the family’s old folk-dancing music (arranged by members of the family). In its  own opinion, the circle’s music-making was a ‘higher’ kind of music that established clear distinctions towards lower social classes, towards other races (e.g., blacks with their ragtime and jazz) and towards modern music (e.g., art music and popular music). Specific to Torpelund are three concepts, which also characterise the social and cultural identity of the Olsen family: conservatism, privacy and exclusivity. The musical practices of the Olsens at Torpelund indicate that, during the inter-war period, the family represented a particular amalgamation of the peasant family, the part of the country (northwestern Zealand) and an international, middle-class education. 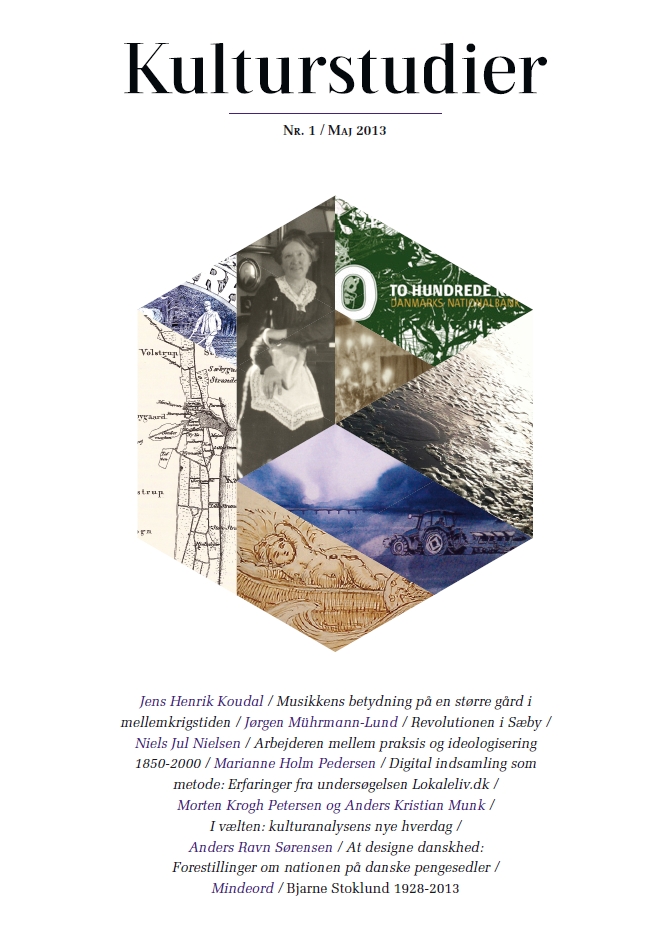