Incommunicado detention and torture in Spain, Part II: Enhanced credibility assessment based on the Istanbul Protocol

Background: The Istanbul Protocol (IP) is the key instrument in the documentation of allegations of torture. However, few scientific studies have evaluated its effectiveness as a tool to assess credibility of allegations of ill-treatment or torture.

Objective: Present data on the credibility of allegations of torture in a sample of 45 Basque people held in short-term incommunicado detention between 1980 and 2012, using a modified version of the Standard Evaluation Form for Credibility Assessment (SEC), a new tool to assess credibility based on the IP.

Method: Each case was evaluated by two psychiatrists, a psychologist and a physician through a layered system of simultaneous, independent assessments, blind audits, and peer-review processes. Clinical interviews following the IP were contrasted with psychometric tests and external documentary evidence by independent experts. All available data were structured using the SEC and cases were accordingly classified as having Maximum consistency, Highly Consistent, Consistent or Inconsistent.

Findings: According to the SEC, 53% of allegations of torture were considered to have Maximum Consistency, 31% Highly consistent, 15% Consistent and 0% Inconsistent. The items that most contributed to the overall credibility assessment came from the psychological evaluation, including the description of alleged torture, emotional reactions, objective functional changes, changes in identity and worldviews and clinical diagnosis. There was little contribution from previous medical reports.

Interpretation: When applied competently, the IP is an essential tool in the documentation of torture. Our study shows: (a) evidence that allegations of ill-treatment and torture in the Basque Country are consistent and credible, being ascertained beyond reasonable doubt and aside from any political debate; (b) the wider use of the IP as a tool to assess credibility of allegations of ill-treatment and torture; and, (c) the usefulness of the SEC as a tool. The SEC can help as a tool for documenting torture in contexts where there are political differences and figures are distorted as a result of polarized political debates, and where legal documentation is needed for judicial purposes. Forensic science can help by providing an objective assessment of the credibility of allegations. 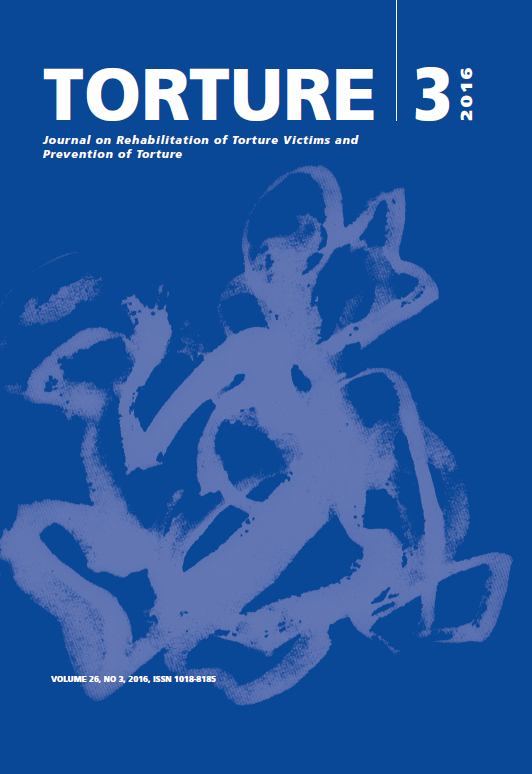