Antisemitism in Lucky Per

This article examines Henrik Pontoppidan’s novel Lucky Per (Danish: Lykke-Per) by bringing two perspectives into focus: a Jewish and an anti-Semitic. The article begins with a count of all the animal characteristics that are used to describe the characters in the novel. The count makes it clear, that Jews and non-Jews are equally described as possessing these animal characteristics. The argument that the author is anti-Semite biased is in this way disproved. Further, the article documents the anti-Semitism that is present in the time-span of the novel (1864-1905) in Copenhagen and in Berlin. That is, the raw, the mild and the structural anti-Semitism. The novel is seen as a well-informed portrayal of the period. The clerical family of Sidenius and the secular Jewish family of Salomon are the main foci of the analysis; especially the son Per Sidenius (Lucky Per) and the daughter Jakobe. The anti-Semitism, as it is described in the novel, is compared to historical literature throughout the article. In relation to the time of publication of the novel, the article accepts the general racial attitudes of the population, and the progress of the Jewish character Jakobe is interpreted as a Nietzschean act of will. The article ends by concluding that the author of the novel wants to prove that, in spite of everything, a Jewish woman is capable of forcing her way through an anti-Semitic society. 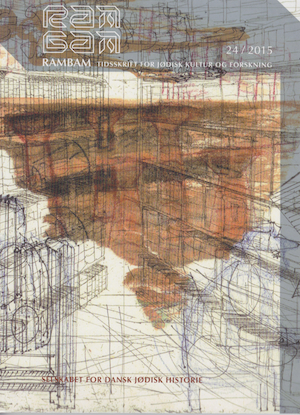