THE ORIGINS OF THE TRANSCENDENTAL JUSTIFICATION OF TASTE: KANT’S SEVERAL VIEWS ON THE STATUS OF BEAUTY

The article follows Kant’s different views on aesthetics ranging from the pre-critical period to the Critique of the Power of Judgement. It argues that John Zammito’s psychological explanation of why Kant in the third Critique developed an argument for the transcendental justification of judgements of taste is unconvincing. As an alternative, the article shows how Kant in his published pre-critical discussions of aesthetics was relying upon empiricist sources while he in private comments turned to consider the culture critique of Rousseau. Kant’s preoccupation with questions of culture critique, it is argued, was an important reason to enlarge the doctrines of transcendental philosophy with a third Critique containing a transcendental aesthetics of beauty. Additionally, it is pointed out an interesting similarity throughout the development of Kant’s philosophy. In 1765 and in the third Critique Kant was concerned to keep philosophy and judgements of taste apart from science 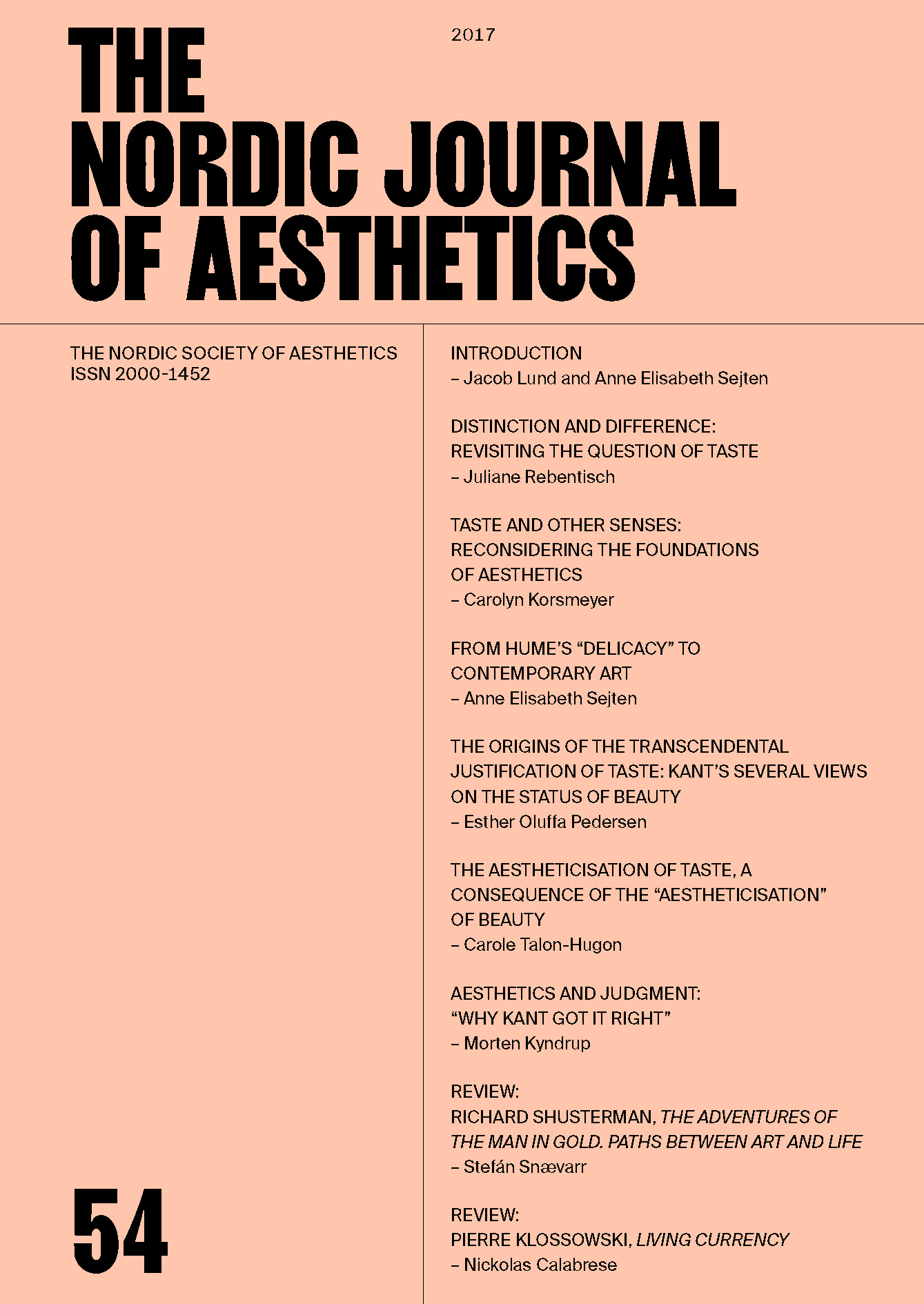