Japanese history in the game Kantai Collection and its audience interpretation

The right-wingification of Japanese media has been a topic of discussion in Japan. The online game Kantai Collection, in which the player controls a fleet of humanised Imperial Navy ships and other warships, has been cited as an example of such a trend. Yet Japanese media theorists, such as Eiji Ōtsuka, have claimed that presumed ideological content in games, animated series and similar media is not seen by their players/viewers in relation to reality, but rather it is seen as artefacts of the fictional worlds of these works. In this article, I investigate the presence of ‘nationalist’ discourses in the Kantai Collection media franchise. Furthermore, I analyse a set of fan-fiction works based on the said franchise to determine how or whether fans recreate such discourses in their derivative works. I demonstrate that while fan-producers largely interpret historical references strictly in the context of the original works, they also consistently omit certain discourses that are present in the original, such as those related to the Japanese imperial expansion. My findings provide qualified empirical support for the claim by Ōtsuka and others that ideological elements are not interpreted in relation to reality. However, even though fan-authors comment very little on such elements in explicit terms, the elements they pick for their derivative works are seldom those that could be described as rightwing and often display oppositional readings of the original works. 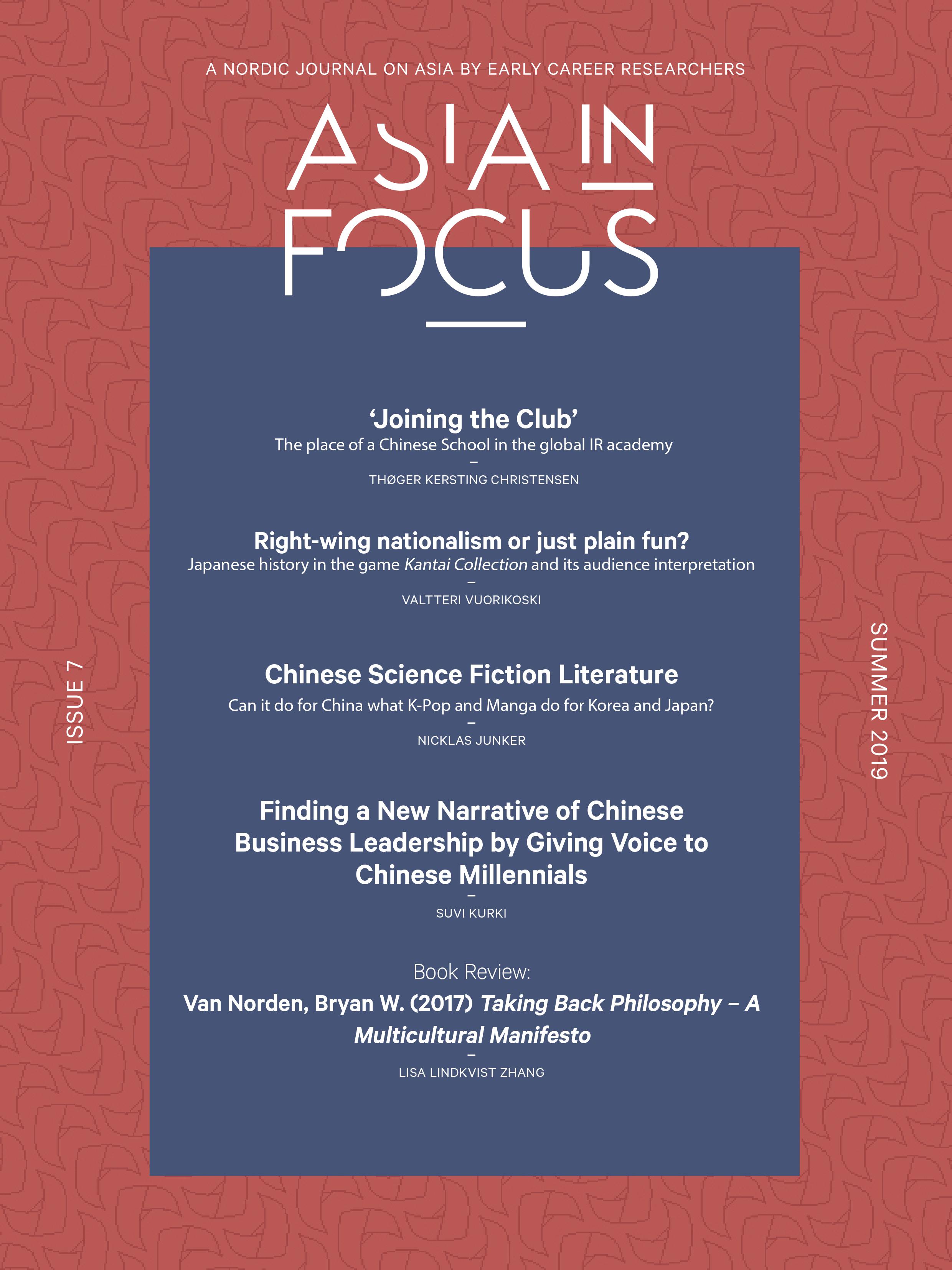 Copyright of the authors and NIAS - Nordic Institute of Asian Studies. All rights reserved. No part of this publication may be reproduced without the written permission from the authors.