Henri Nathansen is known for his play Indenfor Murene (Inside the Walls) which premiered at the Royal Danish Theatre in 1912. The play, which became a big success, is centred on a Jewish family in Copenhagen and deals with the dilemmas of integrating into Danish (Christian) society while at the same time holding on to a Jewish identity and enduring a growing anti-Semitism.

The play leaves hope that progress and tolerance will better the conditions for the Jews, but Nathansen seems to have had another less optimistic opinion in real life. At several occasions he addressed the horrors the Jewish people had endured for centuries. He did not, however, suggest integration as a solution to these problems; he spoke against assimilation and advocated for a richer Jewish cultural life in Copenhagen.

Nathansen was inspired by the secular Judaism practiced by many of the Jewish immigrants who came to Denmark from Eastern Europe in the late 19th and early 20th century. He was not a religious man, but, to him, being Jewish meant more than just religion. The Jews were a people, and “the Jewish problem” should be solved politically through Zionism – A Jewish homeland.

Henri Nathansen participated in the Zionist Congress in Basel in 1931. His meeting with Zionists from many countries only enforced his belief in the Zionist cause. Unfortunately, he was never to experience the founding of the State of Israel. He committed suicide in 1944 during his exile in Sweden. 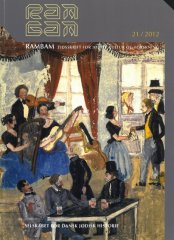