Thank Those Who Should Be Thanked

Denmark has received much praise for the rescue of the Jews in 1943. In reality, however, Denmark cannot live up to the altruistic myth about a whole nation saving its Jewish population. There was a lot of money involved, which was paid to fishermen and middlemen. Also, regular conmen operated in the waters used for the escape.

These darker circumstances of the escape have remained almost unmentioned for a long time. Only recently has the money issue been publicly discussed, among other things, because of a kind of false gratitude from the Jews in Denmark. The author argues that when taken into consideration that a period of 70 years has passed since the Nazi action against the Jews, it should be possible to distinguish between those who made money on people in distress and those who really deserve a thank you. 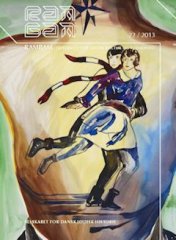