Victor Borge (1909-2009) alias Børge Rosenbaum was Jewish, but he was not religious. You could say that his Jewishness lay more in his culture and identity than in his faith. He did, however, insist on being buried at the Jewish cemetery in Copenhagen, although he was also buried in the United States. He was a man of great humour and musicality. Skills that he managed to combine to perfection. Borge was born and raised in Copenhagen, Denmark, but established his carrier in the USA although he kept a close connection to Denmark.

The article is based on the new book Victor Borge – Manden bag smilet (Victor Borge – The Man Behind the Smile) by the Danish writer and film critic Jacob Wendt Jensen. The book, which is based on 70 new interviews with people around Victor Borge and materials from previously unused archives, gives an insight into the man, his big drive towards success and the costs it had. 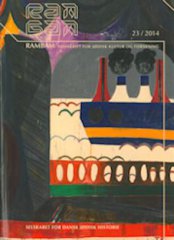