In 2014 the LM IIIA:2/IIIB building was excavated as far as the modern habitation permitted. It was seen to cover at least 350 m² and had over the years revealed finds of Linear B tablets in situ, an inscribed stirrup jar, seal stones, a carved ivory handle, pieces of Egyptian blue to which the 2014 excavation could add a complete pithos, fragments of figurines and unique pottery. From other periods should be mentioned the finds of three ovens from the LM IIIC period and stray finds of Linear A tablets from later deposits. Furthermore the 2014 excavation revealed new and important evidence from the Neopalatial period in that the southern corner and entrance to House III was discovered as well as an intra mural child burial. 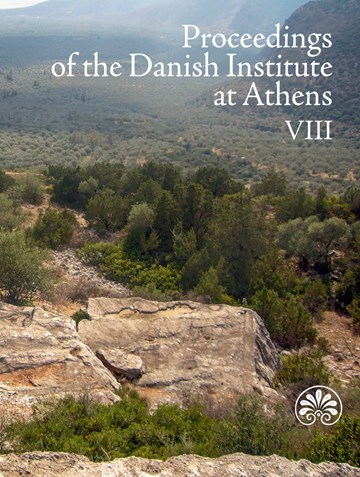