In The Uprising: On Poetry and Finance (2012), Franco ‘Bifo’ Berardi unfolds a political and clinical diagnosis of contemporary society, stating that the crisis we experience today is a permanent state of absent social autonomy and political agency. This crisis is not solely economic but is caused by semio-capitalism impacting all spheres of human life, affecting sensibility in particular—the linguistic and physical-sensuous link between the individual and the world. Taking up the term sensibility as a bodily basis of experience and as an aesthetic notion, in this article I will explore the relation between individual and collective bodies, the crisis as a suspension of change, and literature, focusing on the Danish poet Ursula Andkjær Olsen’s 2017 lunatic and fragmented novel of love and economy The Crisis Notebooks, but also with reference to some of her other work(s). I argue that the bodily experience of crisis, as expressed in this novel, leads to an inhibited social sensibility but also, paradoxically, to a radical openness towards the world. With reference to the Danish literary scholar Anne Fastrup’s interpretation of French vitalism’s idea of sensibility in The Movement of Sensibility (2007), I suggest that a more ambiguous, material notion of both a constructive and a destructive sensibility is crucial for its understanding, and hence—for an understanding of the relationship between body and crisis as expressed in The Crisis Notebooks. Finally, I suggest that an aesthetic notion of sensibility can provide a prism through which relations between today’s financial mechanisms and a sociocultural experience of crisis are rendered visible—if not sensuous—and it is from here that alternatives to the crisis can be found, felt, formulated or fabulated. 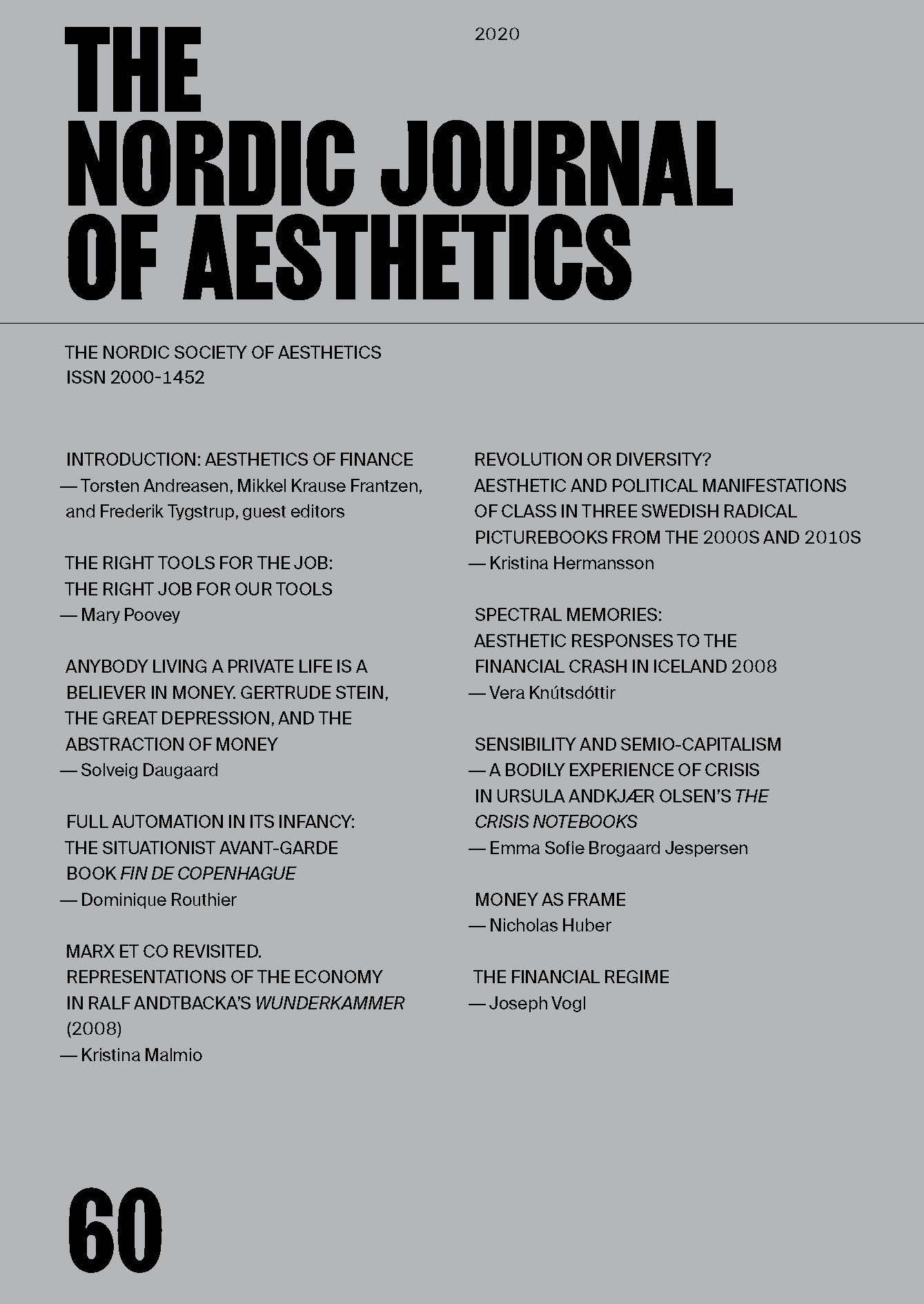