Various studies have shown that most of the cloisters known at Danish monasteries were constructed in the Late Middle Ages. There are several reasons for this. One is that these brick-built cloisters replaced earlier structures of wooden or half-timbered construction. None of the latter cloister types have survived in Denmark, so they have either to be discovered by archaeological excavation or through indications evident on standing monastery buildings.

Archaeological excavations have demonstrated the existence of wooden cloisters associated with the monasteries at Ring, Øm, Dalum and Sæby. Postholes were found in the first three instances, while at Sæby there was burnt daub from half-timbering. The latter monastery was founded quite late in the Middle Ages, at a time that saw extensive construction of brick-built cloisters, so perhaps the remains found here derive from a temporary construction phase.

At monasteries such as Tvilum, Horsens Franciscan Friary, Vestervig, Ribe Franciscan Friary, Antvorskov, Asmild and Roskilde Our Lady, the archaeological traces suggest the presence of cloisters of wooden or half-timbered construction. These traces are, however, of either an indirect character or are uncertain due to the early dare of the excavations and absent or inadequate reports on the findings.

At Skovkloster (Herlufsholm), Børg­lum, Vitskøl and Ribe Dominican Friary, conclusions have been drawn based on standing buildings. For example, in relation to the Romanesque eastern wings, where earlier cloisters, built in lighter materials and preceding a late medieval brick-built structure, could be expected.

Wooden cloisters are also a rare occur­rence in other countries, even though it is quite certain that they have existed there to a major extent. As in Denmark, these have almost all become stone-built over time or have disappeared due to age and decay. The three non-Danish examples mentioned in the article have different constructional forms. They can therefore not contribute to elucidating the precise construction of the Danish cloisters. Presumably they were of approximately the same type of construction here in Denmark as that evident the late medieval half-timbered buildings, and furnished with magnificent carved work as on Apostelgården in Næstved. 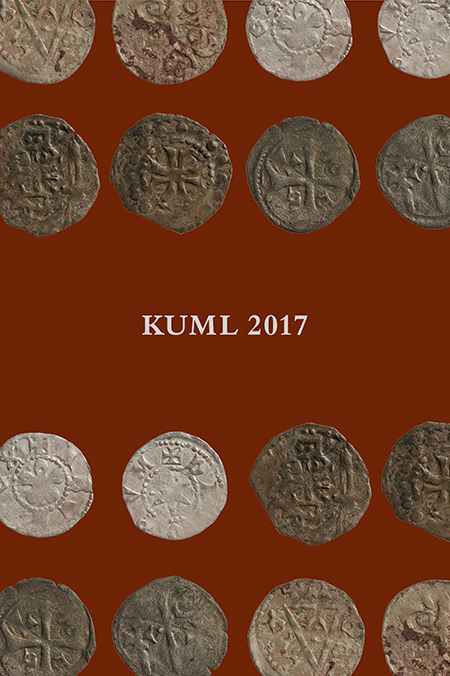