The monuments at Jelling, and the results of the investigations in and around them, have last been described by the actual excavator, Ejnar Dyggve. He expresses the opinion that the south tumulus can only have been erected by someone who wished to destroy the monument as it existed at that time, consisting of the north tumulus and the monolith enclosure.

The results of the excavations would rather appear to show that the south tumulus was erected by someone who wished to be associated as closely as possible with the enclosure and the north tumulus, by presumably Harald, the son of Gorm and Thyra. The facts which clearly support this view are the exact positioning of the south tumulus with its centre point on the line bisecting the V-shaped enclosure, and the position of the larger rune-stone exactly halfway between the centre points of the two tumuli. But the circumstance which shows most clearly the familiarity which the builder of the south tumulus had with the sacred enclosure is that the "wooden tent-like construction" found inside the tumulus has walls at the same angle to each other as the monolith walls of the enclosure, and that the angle of these walls, if projected, would cut each other in the centre of the tumulus.

In brief, the builder of the south tumulus possessed exact knowledge of the construction of the enclosure and wished to be laid to rest himself within its bounds; and he therefore chose the only vacant place possible for his tumulus. The north tumulus, the old culthouse and the large rune-stone occupied the one end of the enclosure, only the narrow acute-angle end remained free, and there the tumulus was in consequence erected.

The enclosure itself must have been a royal counterpart of what the Gotland Law calls a "stave-yard" (stavgård), erected as a frame around an ancestral cult. The "wooden tent-like constructions" found within both tumuli may have served as temporary burial-places before the actual tumuli were built. - And if we cannot agree on these interpretations, they may at least perhaps serve to provide the impetus which can result in new and improved interpretations coming to light. 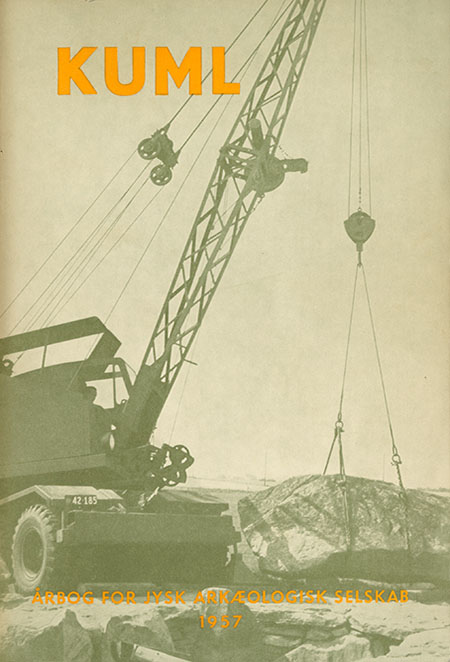