The Ancient Capital of Bahrain

Above the palmclad northern coast of Bahrain the ruins of a 400-year old Portuguese fort raise their ochre walls like a crown over the gently rounded dome of a spreading gravel mound. The country around is quite flat and lies only about six feet above high-water-mark. That the mound has been formed by centuries of human settlement on the site is shown by the numerous potsherds upon the surface of the mound and in its steep edges on the side bordering the sea, where the breakers at high tide have cut into the sides. Further out, below high-water-mark, can be seen, embedded in sand, the ashlar foundations of a building, of which one end has been washed away by the sea, while the other end extends in under the black occupation earth of the mound. At many points along the edges of the mound project squared stone blocks, while in the walls of the fort can be seen similar stones, which clearly were used elsewhere before they were built in here. All indications therefore suggested that an excavation here would give results, but the truth exceeded our wildest hopes.

The mound is about ten meters high, and measures about 600 yards in an east-west direction parallel with the coast and, about half that distance from north to south. The greater part of the northwestern end is occupied by the fort, and it is on the beach opposite the fort that the foundation mentioned above is located, a stretch of 16 meters in length and 8 meters in width lying exposed. South of this point lies a little village, whose palm leaf huts and few stone houses cover a smaller portion of the western end. By far the greater part of the mound, however, is deserted and well suited for excavation. Unfortunately it was only possible to make a test sondage on this site during the final phase of the "Danish Archeological Bahrain-Expedition"s work.

The spot chosen for this excavation was the highest point of the ground, which lies next to the eastern moat of the fort. The mound is at this point 10.19 meters high, and the bottom of the adjoining moat is here 0.45 meters above high-water-mark. The reason why the Portuguese, during their short mastery over Bahrain, chose just this point for their fort was because this was the only place on the north coast where it was possible to dig a substantial moat. At the time when the fort was built there lay a considerable city on the site. Numerous sherds of Chinese and Persian porcelain lie here among thousands of sherds of Islamic glazed ware. Directly to the east of the tell lie the ruins of a large mosque, and finely carved stone blocks with decorative Arabic inscriptions lie strewn over the desert around it. Sherds of stone vessels, many repaired with copper wire, bear witness to settlements of an even earlier date.

The original intention was to drive a shaft down to the bottom of the tell, but it proved necessary to halt the shaft at a depth of about 7 meters, where the floor levels of a monumental building prevented further excavation. A corner of this building was uncovered and here the walls still stood to a height of about 5 meters (Fig. 1). The walls were 1.10 meters thick and consisted of massive ashlar masonry, one of the walls having 14 courses and the other 17, the blocks at foundation level being over two meters long. The walls had originally been coated with a thick layer of plaster. The floor was similarly of gypsum plaster, but it had been relaid several times, the second floor level lying about 0.45 meters and the third about 0.82 meters above the original floor. In the illustration (Fig. 1) one of our assistants is standing on the lowest floor level and leaning against the second floor, while the third can be seen on his right.

The two upper floor levels had, however, been broken through at this point to accommodate bathtub-shaped coffins, which had been plundered at some earlier date. This was shown by the fact that a lid, which had consisted of boards and gypsum plaster, had been broken up and had fallen into the coffins, in which the skeletons were also somewhat disturbed. The coffins were 0.6 meters broad, and respectively 0.9 and 1 meter long and about 0.65 and 0.63 meters deep, all measurements being interior. They were formed of poorly baked clay, coated inside and out with bitumen. One of the two coffins, which lay north-south and contained a skeleton lying in a sharply contracted posture with its head to the unrounded south end, was unfortunately destroyed one night by persons bombarding it with stones. The skeleton in this coffin was of an adult. The only item of burial furnishing to be discovered was an amulet of onyx, pierced from side to side, of a type known from Mesopotamia 1). The other coffin was oriented east-west. In it lay the skeleton of a fully grown individual in a sharply contracted position with its head in the western end, its feet in the rounded eastern end, and its hands in front of the face, which was turned towards the north. No burial furnishings were found within the coffin, but just outside it, by the southwest corner, stood a little pottery vase of red ware with a yellowish white slip (cf. Fig. 1). Coffins of a similar type were in use in Mesopotamia as early as the third millenium, but were used over a long period 2). The coffins therefore do not provide any date for the secondary use of the building as a place of burial. The pottery vessel is of the same type and similar material as found in Harappa in India 3), and can perhaps be dated to the second millenium, when onyx amulets of the type described were also in use.

How much older the building is than the coffins, it is still impossible to say. In the corner which was excavated the stratification was completely disturbed, and remains of several coffins were found in addition to the two described above. There is reason to emphasize that the building technique here used, the massive square-cut building stones of the local limestone and the coating with gypsum plaster, is the same as the technique seen in the colossal burial chambers at 'Ali 4). There is thus every reason to believe that the chieftains who rest in the finest of Bahrain's Bronze Age tumuli also erected this building. It must therefore be regarded as probable that the large tell, which covers an area of about 200.000 square yards, by the Portuguese fort, Ras al Qala'a, conceals the ancient capital of Bahrain, of whose buildings the monumental structure of which the corner has been uncovered provides a glimpse. Here it must have been that the seafaring merchants, the Alik Dilmun, exchanged their garments, their cloth and silver from Ur and the other cities of Mesopotamia for the copper and the copper objects from Makkan, perhaps the Oman coast of our own day, and for the ivory, precious stones and aromatic plants from Meluhha, the area of the Indus civilization in the valley of the Indus.

Future investigations at Ras al Qala'a will undoubtedly illuminate many dark points in the ancient history of Bahrain and the Middle East. The ten meters of successive occupation layers, in which thousands of relics from many varied culture groups and periods are embedded, will provide an opportunity of establishing an independent chronology for Bahrain. The three floor Ievels in the monumental building which have already been found will similarly give important chronological datum points, while beneath the building there still Iie at least two meters of occupation debris, which will perhaps cake the story back to a time before Bahrain's Bronze Age tumuli. At this site, moreover, where merchants from Mesopotamia and india used to meet 4000 years ago, there may well be a possibility of finding the key to the decipherment of the still unread script of the Indus civilization. It is here that future excavation must be concentrated. 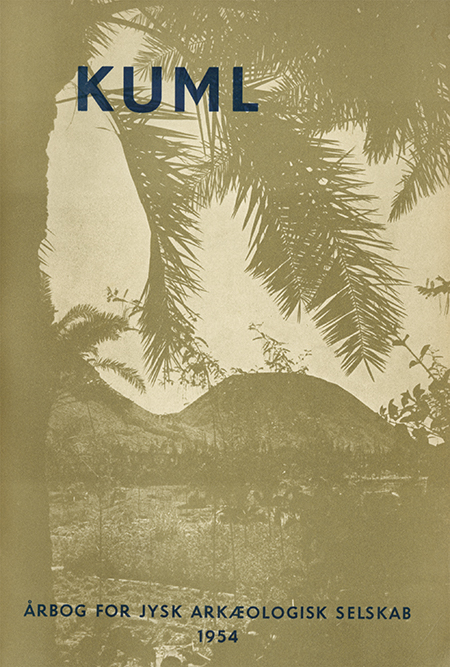