Prior to the restoration of the long barrow "Stenhøj", situated between Hjørring and Frederikshavn in Vendsyssel, a small excavation was carried out (fig. 1)(1), in which it was established that a stone chamber was erected in a pit in the subsoil. A construction of this kind has not previously been published in connection with stone-built chambers in long barrows (2).

The barrow was strongly eroded. The material consisted of homogeneous sand without recognizable turf structure.

Chamber and passage. The central part of the chamber had been disturbed by recent stone robbery. Under the disturbance were traces of removed chamber- and passage stone (fig. 1), which with the preserved stones show that the chamber had a rectangular plan with two stones on either side and one stone as a rear wall. The chamber opened by a short passage consisting of a pair of stones. No threshold could be demonstrated. The recent disturbance has removed all traces of an original floor. The inner dimensions of the chamber can therefore be given only approximately as c. 2. 70 X 1.25 m. The absolute height of the undisturbed passage stone (no. 20) and the most northerly undisturbed stone of the chamber (no. 22) was 1.59 and 2.12 m respectively.

Outside the chamber were partly intact stone packings (fig. 2-3), and a section through these with interpolated base levels of chamber-, passage- and kerb-stones (fig. 4) shows that chamber, passage and packings were placed in an up to 0,83 m deep pit in the subsoil, whereas the kerb-stones were placed at subsoil level.

Kerb-stones: 19 stones were preserved, partly in situ (fig. 1). The extent of the barrow to the north-east was determined by means of clear traces of the holes in which the stones had stood (fig. 1).

Investigation outside the kerb-stones: South-east of kerb-stone no. 19 and extending under it was a pit (fig. 1:T) with a minimum diameter of 1.25 m and a depth of about 0.80 m below subsoil level.

Secondary structures: At the north-east end of the barrow was a practically circular stone setting (fig. 1 and fig. 5) with two layers of stones. The upper layer contained a fire patch (fig. 1:R) and covered by the bottom layer was an urn cremation pit (fig. 1:AN).

Finds and dating: The chamber cannot be dated by means of the finds. It is a variant of main type II (4) and is thus dated to the end of the Early Neolithic or the beginning of the Middle Neolithic.

Clearance of the chamber seems to be indicated by 55 potsherds (the majority belonging to the Funnel Beaker culture), found in the modern disturbance and in slipped fill. The sherd frequency was highest outside the kerb and lower towards the chamber itself, where no sherds were found. No traces of offerings on kerb-stones could be demonstrated.

Near the bottom of pit T, 4 sherds from the same pot were found (fig. 6), namely a foot-bowl from MN.Ib. Kerb-stone no. 19 was standing in situ above part of pit T.

The date of the long barrow itself is problematic. Recent total investigations of long barrows have documented such complex circumstances with respect to the shape of chambers and extensions (5-6), that it is only possible to state on the basis of the partial investigation carried out here that a number of the kerb­stones cannot have been erected before MN.Ib, which is in agreement with other long-barrow datings (7).

The secondary structure at the north-east end of the barrow is dated, presumably as a whole, by the clay pot AP (fig. 7) from the urn cremation pit AN. The pot may be dated to the end of the Late Bronze Age.

Note on the chamber pit: The pit may be regarded as an expression of a material­ and labour-saving construction technique, for which reason it is described as a "building pit" (8). Analogous construction (9-20) is known from Jutland and Holstein. Barrow chambers of main type I and II and possibly III (4) are represented in this material, which with certainty date the building pits to EN.C and MN.Ib. The chambers in building pits comprise freestanding chambers, chambers without a barrow or covered by only a low round barrow without a kerb and now also chambers in long barrows. The material does not provide a basis for drawing general conclusions on the size, shape and origin of the pits. Further information can be expected, when building pits are looked for in future excavations. 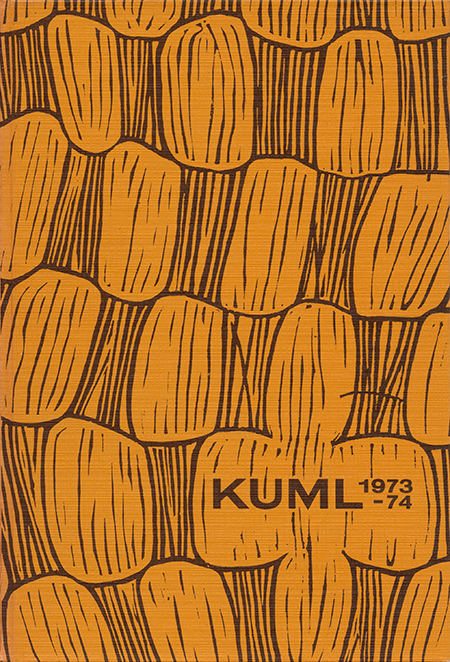