A gift to Veleda

The large finds of military equipment in Southern Scandinavian bogs (the so-called war booty sacrifices) have long comprised a central aspect of research into the Iron Age. During recent decades, research has focused on the chronology and origin of these find assemblages, the hierarchical structure of Iron Age armies and their military strategic organisation and logistics. Comparably little attention has, on the other hand, been paid to the finds in their primary sense, i.e. as votive offerings and, accordingly, expressions of ritual acts with ideological and religious connotations. Our knowledge concerning the character of the acts performed before and during the actual depositions, and the religious background for these acts, is very limited. An historical account of which there has, until now, been little awareness in this respect, is the history of Veleda. According to Tacitus’ Historiae, Veleda was a prophetess of the German tribes north of the Lower Rhine. Tacitus’ account may serve as a source of inspiration towards a better understanding of these war booty offerings. The aim of this article is to draw attention to the ritual and sacral dimension of the Southern Scandinavian war-booty sacrifices and to paint a picture of the possible background and religious connotations for these finds.

About the South Scandinavian war booty sacrifices
The Southern Scandinavian war booty sacrifices typically contain various types of weapons and elements of the personal equipment of individual warriors, as well as tools and other elements belonging to an army’s logistical apparatus. The find sites are concentrated geographically relative to the eastern coast of Jutland and on the island of Funen. The majority dates from the Late Roman Iron Age and the beginning of the Migration Period. It is generally accepted that the war booty offerings represent the equipment belonging to defeated armies, deposited by the victors of the conflicts. Recent debate has focussed on the question of whether the sites mirror offensive or defensive military actions. With regard to the ritual background and religious connotations of the sites, discussions have traditionally been based on descriptions by Classical writers of the sacrificial rituals of Celtic or Germanic tribes. These traditionally form the explanatory framework for the interpretation of the sites as representing votive offerings of a victorious army to some war god or other.

The sacrificial sites as a ritual scene
Common features of the war booty offerings are their location in a wetland environment, originally a lake or bog, and the intensive destruction of the artefacts previous to their deposition. Analyses indicate that this destruction was conducted very intentionally and according to a firmly structured pattern of ritual behaviour. The sacrifices thus represent considerable organisational and logistical investment(s), involving the participation of large groups of people. Through an association with high steep moraine hillsides, the topography of some of the offering sites resembles that of a natural amphitheatre. The localities seem to have been intentionally chosen to allow a large audience to witness the performance of the offering. The offerings can thus be seen as highly performative and dramatic spectacles, which, drawing on both additive and visual effects, can be expected to have left a lasting impression in the memories both of individuals and of the community.

Tacitus’ account of Veleda
Tacitus’ account of Veleda forms part of his report in books IV and V of Historiae, on the revolt of the tribes of the Batavi and the Bructeri against Roman administration, which took place around 70 AD in the province of Germania Inferior. The prophetess is introduced in the context of the siege and destruction of Castra Vetera, near modern Xanten, in 69/70 AD. According to Tacitus, she had foretold the victory of the alliance of Germanic tribes; one of the legionaries of the defeated legions was sent to her along with other gifts. She is described as a woman of the tribe of the Bructeri. Furthermore she is told to have had enormous authority, due to her prophetical and even divine power. Shortly after the siege of Castra Vetera, the Germans are reported to have succeeded in capturing the flagship of the Roman Rhine fleet, which again was brought as a present to Veleda.

Veleda and her gifts
Veleda is described more elaborately as being one of many prophetesses worshipped by the Germanic tribes, and who even may have achieved divine status. She was said to dwell in a tall tower of some kind, and direct contact with her was prohibited. Against the background of Veleda’s divine status, and her role as a mediator between gods and humans, the gifts which were brought to her after the Germans’ two victories can be seen as offerings. The Roman legate, said to have been killed on his way to Veleda, corresponds to the presentation and execution of the enemy commander in the context of the Roman triumph, or the killing of the Roman officers in the aftermath of the Battle of Teutoburg Forest. The trireme, the largest type of contemporary military vessel, cannot be expected to have been intended for military use but as an obvious expression of Roman military power, and hence clear proof for the Germans’ triumph.

From Castra Vetera to Illerup
The range of gifts which, according to Tacitus, were brought to Veleda, correlates with some of the elements of the war booty offerings. With regard to the Roman officer, it was especially weapons and personal equipment, presumably those of the leading commanders of the defeated armies, that were deposited at several sites. These probably received special attention during preparation of the offerings. Tacitus’ account on the captured trireme is reminiscent of the finds of either complete or parts of what can be assumed to have been specialised military vessels seen in a number of war booty offerings. The similarities between the example of Veleda and the war booty offerings are not limited to the respective gifts/offerings. In both cases, the giving of gifts/offerings is in the context of a military campaign. The vessels, in particular, can be characterised as very spectacular items, and in both cases the victor of the military conflict was responsible for the giving of gifts/offerings.

Veleda and her sisters in the North
Tacitus’ description of Veleda, and other references to Germanic prophetesses in Classical writings, shows parallels to the description of the Völva in much later Old Norse written sources from the medieval period. Fulfilling a role as a mediator between the gods and humans, these female prophetesses seem not only to have been part of actual society, but also an element of contemporary mythology. The Völva can be perceived as being associated with the mythological concept of the Norns, which again relate to other mythological figures, such as the Valkyries, Disir and a number of minor deities. Like Veleda, these religious specialists and mythological beings all relate to the general concept of fate, and in particular to warriors and war. Several mythological beings and female deities that appear in the Old Norse written sources, presumably representing an old stratum within the mythological narrative, show close links to a wetland environment, in the form of lakes, wells or bogs.

The goddess in the lake
Even though both the various historical sources and the archaeological evidence are characterised by considerable variation in terms of space and time they nevertheless open up far-reaching perspectives and can be used as source of inspiration for a better understanding of war booty offerings. This applies not least to the question of whether these phenomena result from unsuccessful invasions or successful raids abroad. The latter hypothesis has been promoted more recently with reference to the Roman Triumph. The example of Veleda shows that the tribe of the Bructeri celebrated a version of the Triumph, indicating a similar practice in a Germanic context. This supports the above hypothesis that at least some of the war booty offerings may result from the showing off to the native community of war booty acquired abroad. The story of Veleda is of particular interest with reference to the nature of the ritual and religious dimension of the finds. Tacitus’ account of Veleda resembles the Southern Scandinavian war booty offerings on several counts. Additionally, there are obvious parallels between Veleda and the other Germanic prophetesses, on the one hand, and a large number of female characters in Old Norse written sources on Pre-Christian mythology, on the other. These similarities may be rooted in a shared conceptualisation of the influence of the divine powers on the outcome of a battle, of the predictability of the will of these powers and how appreciation could be expressed to such powers or to the ones who had communicated their will. The example of Veleda can be seen, like the later written accounts of Vølvas, Norns, Valkyries and other mythological beings, as a distant echo of this concept; it presumably belongs to the oldest strata of Pre- Christian cosmology reflected in our written sources. The historical sources can be seen as mirroring a past cognitive reality and religious world view; according to which female beings, both as religious specialists and as mythological characters, fulfilled a crucial role in the context of coercion, war and death. Against this background, one may ask whether the war booty offerings can be interpreted as reflecting votive offerings relating to religious specialists who were incorporated into preparation of the military campaign. Additionally, one may ask whether the nameless war god, to whom the war booty offerings are traditionally thought to have been dedicated, may also be sought among the various female beings mentioned in Classical and later Old Norse sources. These sources mirror a mythological conceptualisation of wells, lakes and bogs as not merely transitional zones or entrances to the supernatural, but as the very dwelling place of various mythological beings. Against this background, the changing context of votive activities in Scandinavia, practised in both wetland environments and in the context of settlements, may have been rooted in the dualism of a female and masculine sphere in religious and military practice. 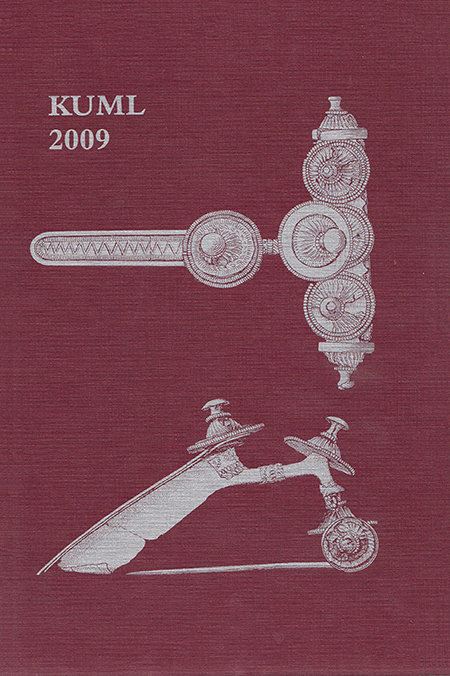