Kalø castle ruin, with its beautiful location on an island south of the great Djursland peninsula on the east coast of Jutland, is one of the most visited ancient monuments in Denmark (fig. 1). There are still considerable remains of the castle, with its surrounding banks and ditches, and the whole island was once part of the monument. The cobbled causeway, which leads out from the mainland to the island, was probably constructed at the same time as the castle.

Kalø’s history extends over about 350 years, from the construction of the castle in AD 1313-14 in connection with King Erik Menved’s suppression of violent revolts in Northern Jutland, until its abandonment in AD 1660, by which time the castle had completely lost its significance.

The main castle occupied an area of 80x70 m, enclosed within a ring wall. It was divided up into a quadratic courtyard, with buildings constructed up against the ring wall, preceded by a rectangular forecourt (fig. 3). A mighty tower or keep guarded the narrow entrance to the inner courtyard and the ruins of the tower are still the best preserved part of the castle. In front of the main castle lies a further castle mound of about 50x50 m which is referred to as “Ridebanen” (“The Riding Ground”).

In the summer of 2006, the National Museum carried out an excavation on Kalø in order to discover whether there was settlement on the island outside the main castle itself (fig. 4). Whereas the great castle ruin was exposed and investigated by the architect C.M. Smidt during the first half of the 20th century, the rest of the island has remained more-or-less untouched. We know that a four-winged farm, enclosing a farmyard, was constructed here, but very little is known about this and its connection with the two water-filled ditches in front of it. In order to find out more, an archaeological investigation was necessary. Accordingly, a transverse trial trench was dug between the farm and one of the ditches (fig. 4). Further to this was the question of possible earlier settlement on “Ridebanen”, which may originally have functioned as a kind of bailey. Two trial trenches were placed here, forming a cross over the mound. A series of other trial trenches were also located elsewhere on the island, one of the aims of which was to investigate whether there possibly had been a watchtower to guard passage from the causeway.

The excavations show that our original perception of the island’s settlement history must be revised. The foundations of a large building were detected on “Ridebanen” which, on the basis of the many broken bricks located, must have been brick-built (figs. 5-6). There were, without doubt, also other buildings, but they were probably of lighter construction and have not left any trace. On the edge of the east side of the bank there appear to have been a palisade. The bank, accordingly, functioned as an bailey until some time in the Late Middle Ages when the decision was made to move the functional buildings down onto the island where, around AD 1500, a proper four-winged farm was built with two ponds or moats in front of it (figs. 7-9). The excavation has demonstrated clearly that these waterbodies were constructed at the same time as the farm and are not, as previously presumed, earlier moats belonging to the previous structure. The great re-organisation of the castle area was, however, short-lived. In a surviving expert appraisement from AD 1607, several of the buildings of the main castle are described as being in a dilapidated state and unusable. Furthermore, mention is made of two farms, one “below the castle”, the other “over by the forest”. A decision was apparently taken at the end of the 16th century to move activities onto the mainland. After the castle on Kalø was finally abandoned in AD 1660, a three-winged manor house was built by the new farm on the mainland. 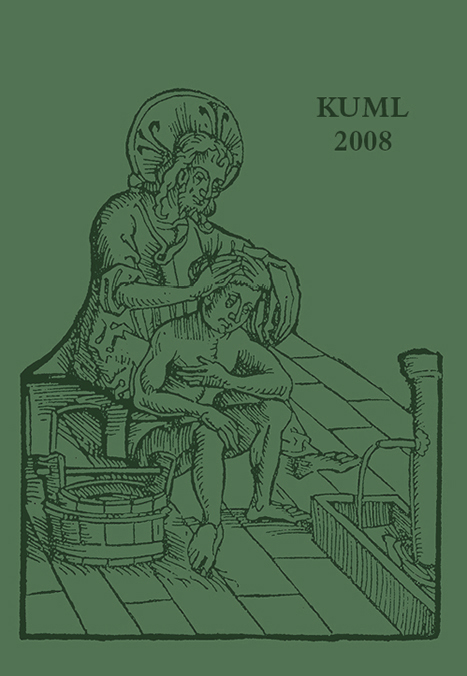