In the very middle of the river Nørreå’s extensive meadowlands, 15 km west of Randers, lies the striking castle mound of Gammel Skjern. During the Middle Ages and Renaissance period this site was the centre of a manorial complex which at times was one of the largest in Denmark and some of the country’s most influential noble families resided here. Its location, where the highway between Viborg and Randers crosses the river today, was one of the few good crossing points over Nørreå (fig. 1). A major transport junction such as this was of strategic interest; here it was possible to both display and exert power.

Concentrated around this ford location we find two rune stones, the parish church, the significant fortification of Gammel Skjern itself and its successor, the manor Skjern Hovedgård. In addition, there was also settlement here during Viking times and the Middle Ages, as well as a mill. Skjern parish extends along both sides of Nørreå. This is unusual as watercourses often form boundaries, and it must be presumed to reflect the family’s strong position of power in the area during the Late Viking period and Early Middle Ages. The area’s cultural topography shows that very extensive changes took place in settlement structure during the course of Viking times and the Middle Ages.

Skjern Church is a small Romanesque ashlar building from around AD 1200. Today, it stands alone, but metal detector finds and aerial reconnaissance show that there was a settlement here from the 8th to the 14th century (fig. 2). This settlement can presumably be linked to the high-ranking farming family which, in the Late Viking Age, permitted itself to be commemorated on two rune stones. These stones stand today by the church: a monumental and well-preserved stone bearing a mask (fig. 3) and a slightly smaller fragment on which only a few words can be deciphered. The large mask stone was found in 1843 at the castle mound and the fragment in the church’s foundation wall at the end of the 1830s. They probably originally stood by the ford. Here people passed by, here the stones were seen, the family remembered and the power demonstrated and consolidated.

In connection with the turbulent times of the 14th century, the magnate farm moved for defensive reasons away from the church and out to a stronghold in the bog (fig. 4). In the 1840s, a large amount of earth was dug away from the fortification and on this occasion the east wing of the castle and a little of both the north and south wings were exposed. From Kruuse’s survey, carried out in 1843, we know that a four-winged structure stood on the platform (figs. 5-6). In the summers of 2001-4 and 2006, the Department of Medieval and Renaissance Archaeology at the University of Aarhus carried out a small archaeological investigation of the structure. As a significant proportion of the fortification is scheduled, the excavations took place by special permission and on the condition that fixed constructions were not removed. In parallel with this, a detailed contour survey was carried out of the area (fig. 7), as well as a geophysical/magnetometer survey of parts of the site and a number of dendrochronological dates were obtained from bridges and bank constructions (fig. 8). As the excavation only constituted a minor intervention, the extent of the finds and the building components located is very limited and these give only a small insight into the life and the activities which have taken place at the castle (figs. 22-29).

On the basis of the archaeological investigations it is possible to sketch the development of the stronghold from a single platform to a striking defensive complex with several banks and ditches (fig. 30). The front and middle bank, and also the main platform, were. Many of the posts are still visible in the wet meadow, and the closely-spaced stakes show that the bridge piers were replaced as many as six or seven times. Samples were taken for dendrochronological dating from the posts in two bridge piers, one pier from each bridge. The earliest dendrochronological date is AD 1335 and the latest is after AD 1492. The fact that the earliest bridge phase is not represented in both of the bridge piers investigated, and that the castle’s 16-17th century phase is not represented at all, shows that the bays were moved somewhat through time. Accordingly, the dates do not, thereby, cover the total life of the castle.

The stronghold was constructed in the meadows in AD 1335, or perhaps even earlier. Consequently, it is finally possible to link  Lord High Steward Peder Vendelbo’s previously unknown ‘Karmark Castle’, as it is referred to in AD 1340, and the Skjern Castle, which are mentioned in the Lord High Steward’s estate in 1347 as being one and the same structure. The excavation provided a tiny glimpse of the surface of the oldest castle, almost 2 m below the courtyard of the Renaissance castle, the present-day surface of the main platform. The platform was in its first phase only about 1 m high. The magnetometer survey of the main platform revealed weak and deeper-lying deflections, presumably from an earlier structure of approximately the same extent as the familiar structure from the Late Middle Ages and Renaissance. The earliest castle appears merely to have consisted of this platform, linked to dry land and the farm buildings by a 60 m long wooden bridge and a 175 m long turf-built causeway in continuation of this.

In 1392/93, Kristian Vendelbo extended the structure with a lateral bank to the east of the main bank. He was probably also responsible for a corresponding (undated) bank to the west as well as a bank to the north of here, the middle bank. He was loyal to Queen Margrethe at a time when the magnates of Jutland were against her, and he needed a strong castle. In the construction of the left lateral bank, use was made of a natural sand bank in the terrain. Only very few traces of activity were preserved here. The eastern lateral bank was constructed of turf. The inner side of the bank was partially reinforced with hammered-in posts which have been dated dendrochronologically to AD 1392 and AD 1392/93 (fig. 12). On the middle bank, which functioned as a paddock, foundations and floor layers relating to four buildings were recorded. One of the buildings could be identified as a gateway; another was probably a tower (figs. 9-11). Due to the limited extent of the excavation, it has not been possible to relate these buildings to Kruuse’s plan. This was also the case with the results of the magnetometer survey. The bank was built of turf and slightly raised in height using demolition material from brick-built buildings. A reinforcement of the edge comprising large field boulders was supplemented with a row of robust posts. Dendrochronological dating of these to AD 1461/62 shows that the middle bank was either established or reinforced at this time.

In AD 1465/66, Lord High Steward Erik Ottesen Rosenkrantz carried out a further extensive reinforcement of the castle, this time with a cover bank to the east and west of the front bank in continuation of the causeway. Structures in the terrain suggest that a building stood in the eastern part of the front bank. To the west, the cover bank had a robust post construction, presumably a palisade. A corresponding construction is not seen at the eastern cover bank. Whether this is due to the posts having been removed, or whether the bank facing out towards the open bog was not as heavily fortified, is unknown. The eastern cover bank was built on to the eastern lateral bank, and the increased width provided sufficient space for a building (fig. 13). Dendrochronological dating of the constructional timbers to after AD 1465 shows that this could have been built immediately following the extension. Faint traces in the terrain to the south of the main bank indicate yet another cover bank.

During this phase at the latest, the height of the main platform was raised to around 3 m above the surrounding terrain. The complex had four wings and two stair turrets towards the north around an enclosed castle courtyard. Towards the west, remains of standing walls can still be seen. It is not inconceivable that at least the core of the building complex can be attributed to Erik Ottesen. On the latter’s death, the value of the buildings was assessed at 7000 marks, a considerable sum. The archaeological investigations have only touched upon the east wing which was the part most exposed by the earth removal in the 19th century (fig. 14). A comparison between Kruuse’s elevation plan of the east wall and its present state reveals the degree of the destruction (figs. 15-16). The best preserved wall was that in towards the castle courtyard, with 12 courses. The building was built with a cellar covered by a flat barrel vault (fig. 17). The west wall had subsided very heavily, and this definitely contributed to or was the main reason that the cellar vault and possibly also parts of the wing at some time or other collapsed. The cellar was subsequently filled up with building materials. Pieces of the painted window panes and a terracotta base from a facade ornament from the final quarter of the 16th century show that the building may have been beautifully fitted out according to the latest fashion of the times (figs. 18-20). On top of the filled-in cellar, new light foundations were laid as the basis for joists for a floor or internal partition walls on the ground floor. After 1561, when Christoffer Nielsen died, the manor estate underwent a drastic process of division, and there appear not to have been obvious investors for new prestige building works. It is therefore interesting that several alterations could have been carried out during this period. The excavation also touched upon parts of foundations belonging to the castle’s NE stair turret (fig. 21). The tower proved to be secondary to the east wing, and its tile floor was laid on top of the existing cobbled pavement of the castle courtyard.

During the second half of the 16th century, a hurried division of the manor began, and by the 17th century only three large farmsteads remained. 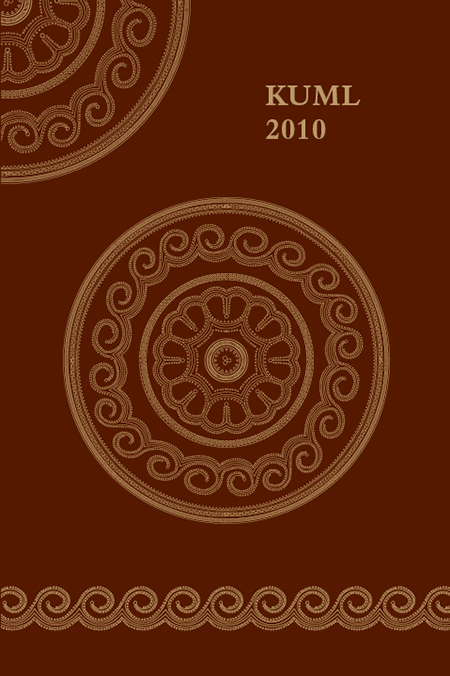