The acquisition of maritime skills in the Viking Age

The acquisition of maritime skills in the Viking Age can be examined through application of the social constructivist theory with respect to communities of practice. A community of practice is maintained via skill transfer. The process begins already in childhood and leads to the gradual inclusion of these marginal participants as fully valid members. By way of their role play and rule games, based in part on observations of adult practice, children acquire basic skills and develop a knowledge of the community’s sensus communis.

The aim of this article is not to describe the players in the community of practice, i.e. the children and adults of the Viking Age, but to examine the relationship between them in a practice structure. The child and the adult are perceived as mutual preconditions. They are, seen in relation to a common practice, parts of the same community. It is the learning process, from marginal participant via legitimate peripheral participant to fully valid member, which defines and maintains this community of practice.

Model ships which can be dated to the Viking Age have been found in several locations across Northern Europe (fig. 1). These are employed in this article to examine the skill-transfer processes inherent in Viking Age communities of practice. Some of the model ships can be interpreted as children’s toys and are very detailed in their execution, with holes for a mast, a side rudder and oars (fig. 2). Other miniature artefacts, such as anchors and weather vanes, can similarly be argued to have comprised part of the fittings of these toy ships.

In order to gain a more detailed insight into the process of skill acquisition in maritime communities of practice, a selection of sailors’ memories from their childhood in the Danish maritime town of Marstal  in the late 19th and early 20th century are drawn upon (fig. 3). This is exclusively to demonstrate how children learn through play.

The model ships and their equipment, if these are interpreted as children’s toys, give access to an aspect of Viking Age society which is very difficult to study in other ways. The toy ships are a material expression of the play which – then as now – has equipped children for their passage into the community of practice. It is this play which, in spite of its superficially banal character, is fundamental to the maintenance and development of a community of practice. 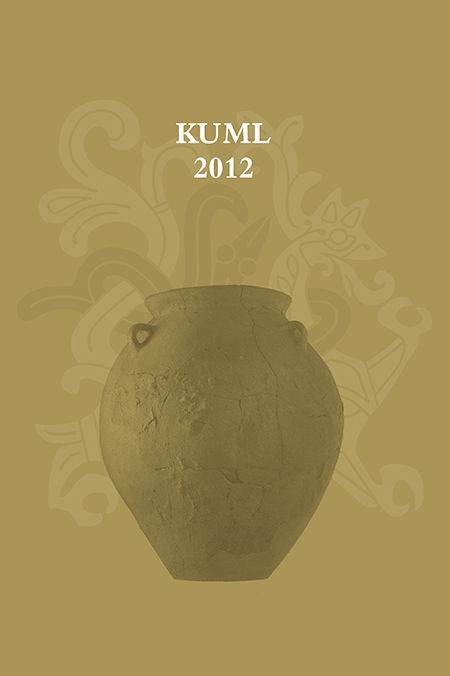