Dress accessories from modern times are only sparsely described in the Danish literature on the costume practices of the peasant population. The recent widespread use of metal detectors has yielded many finds which demonstrate that these dress accessories were found all across Denmark. Some types stand out as being particularly recognisable, and one of these comprises heart-shaped brooches typically decorated with a crown and birds. This article is based on ten such brooches in the collection of the Museums of Southwest Jutland, nine of which were found in the soil (fig. 1), but these will be comparable with brooches in many other museum collections across Denmark (fig. 7).

Despite the fact that these ornaments have not left any particular traces in written or pictorial sources, they were very common. They were widespread across the entire country, even though the extant Danish literature on the subject is linked to particular geographical areas (fig. 6).

The ornament type itself has a long history, and the Danish term særkespænde – shift brooch – refers to an original use in fastening the neck slit of a shift, the function originally performed by these brooches in the costumes of the High Middle Ages, (fig. 2).

The heart as a motif on ring brooches and other ornaments is rooted in the Middle Ages and the Catholic symbolism, where the heart can symbolise both spiritual and worldly love, is associated with the worship of Christ (fig. 3).

It is difficult to find a link between these medieval heart-shaped ring brooches and the heart-shaped brooches of post-Medieval times. The earliest dated Danish example is the silver brooch in the Horsens hoard dating from the middle of the 17th century (fig. 8), but there are no secure written or pictorial sources referring to such early use of these brooches in Denmark. Conversely, there are 17th century parallels in the published material from other countries (fig. 4).

The brooches were used as lover’s gifts in Northern Germany, Norway and Sweden and occur in numerous variations and with various kinds of pendants and decoration, but always with the heart as the central motif (figs. 4 and 5). The brooches possibly had an original function innermost in the clothing as shift brooches, but at some time in the 18th – 19th century they began to be worn visibly as ornaments on the chest together with a scarf. Concurrent with this, they developed to become larger and more showy, as they were now worn where they could be seen (figs. 9, 10 and 11).

The brooches could perhaps have had other functions and there are great differences in the size and quality of the examples that have been found and/or published. There are some reports that heart-shaped brooches were used in connection with children’s clothing/head attire in Norway.

There were brooches for every taste, extravagant or simple, and some examples were intended for practical use, whereas others were exclusively for decoration. There was also something for every purse – some people could afford finer lover’s gifts than others. 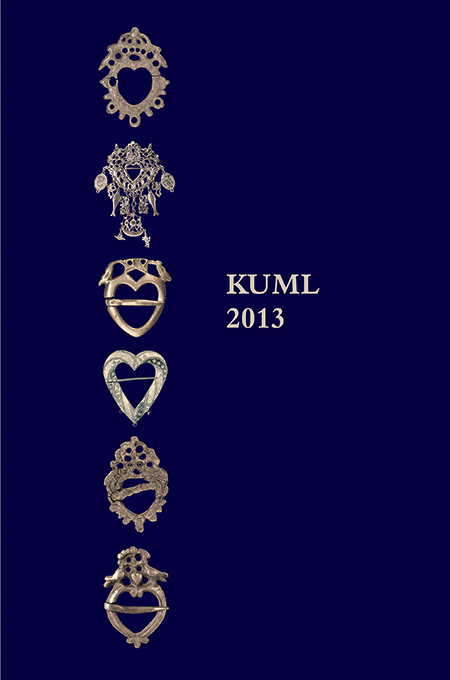