The Museum of Southwest Jutland’s collection contains seven fragments of High Medieval metal-casting moulds of stone, all found during construction works and archaeological excavations in Ribe (figs. 1 and 5). These moulds constitute a relatively rare artefact type in Denmark and the examples from Ribe differ from those found in the rest of the country (figs. 2-4). Five of the moulds were recovered in the vicinity of the cathedral, suggesting that it was in this area that metal casting, and perhaps also sale of the finished products, took place.

The moulds are all in the form of fragments, but they contain a great deal of information with respect to the production techniques, craftsmanship and artefact types of the period. They are all made of limestone, which must have been imported to Ribe, but perhaps also arrived in the form of finished products. This is hinted at by the major differences in the quality of their execution as well as the existence of some very close foreign parallels to the more spectacular and complicated pieces. Comparisons with other finds, coupled with X-ray analyses, suggest that the moulds were used to cast objects of lead/tin alloy. These mould types and metal types are a reflection of the mass-production of small objects that developed in the High and Late Middle Ages; a phenomenon that is documented in written sources, supported by the large number of artefacts surviving from this period.

The artefacts cast in the moulds fall into the category of small objects intended for personal use: costume accessories and ornaments as well as objects with religious/magical symbolism and application (figs. 9-16).

The demand for mass-produced objects included both costume accessories and ornaments intended to be sewn on to clothing, as well as other small objects with either a secular or religious iconography or function.

Compared to the rest of Denmark, Ribe has yielded a relatively large number of Medieval stone moulds. However, relative to similar records from elsewhere in northern Europe, the finds from Ribe are rather modest, both in number and in quality. Nevertheless, they bear witness to Ribe’s strong contacts and exchange network with Medieval towns across northern Europe and to the everyday objects and religious accessories that had the same form across a vast area.

The finding of mould fragments in Ribe shows that here, as in other European Medieval towns, there were also mass-produced secular personal items as well as objects for religious use. Recent excavations in the town have been responsible for the recovery of half the (stone) mould fragments found in the museum’s collection. This is due partly to the application of sieving as an excavation method and perhaps also to the fact that the area around the cathedral, the location of the excavations of recent years, was where the metal casters plied their trade. Perhaps they sold their wares here too, either from their workshops or from stalls on the market, Fisketorvet, which lay directly east of the cathedral. Written sources from pilgrimage sites around Europe document the sale of both religious equipment and other items in the close vicinity of churches, which were places that attracted large numbers of visitors. The fact that so many fragments have been recovered during the excavations here possibly means that many more than have been recovered to date lie concealed in the area, and the present finds provide just a hint of the metal-casting activities that took place here in the High Middle Ages.

The limestone used to make the moulds must have been imported to Ribe. Whether this represented a by-product or reuse of imported building materials, actual minor import of stone or perhaps material brought to Ribe by non-local craftsmen is impossible to say. From the moulds’ motifs it can be seen that the quality of the finished products varied immensely. Some of the carvings are very beautifully executed, for example those for the openwork spherical object and the ampoule, while those for the costume accessories and other items appear much coarser and more carelessly made. The latter could though, in some cases, represent worn-out moulds or practice pieces. The mould for the spherical object has a close parallel in a find from Magdeburg, prompting speculation about whether some of the finest moulds could have been imported from much more skilled and highly-specialised workshops located in the major towns and cities of Europe.

There are already a number of finds of Medieval metal costume accessories and ornaments, but the local production of these items has not previously been demonstrated. One of the most interesting aspects is the local production of religious equipment in Ribe. The manufacture of ampoules to hold sacred fluids, a pan-European phenomenon associated with pilgrimages and pilgrimage sites, raises questions about whether these ampoules were sold as pilgrim souvenirs in Ribe and what the nature was of the sacred fluid with which they were filled. Or were they sold to pilgrims who were on their way out into Europe, so they could fill them with sacred fluid on reaching their destination?

The relatively large number of mould fragments from Ribe must reflect the town’s international contacts and orientation at this time, with strong cultural contacts and exchange networks involving other north European towns. However, the state of preservation of the cultural deposits and the archaeological methods applied in their excavation has also played a role. For the purposes of comparison, an earlier discovery of a metal workshop in Aalborg shows, in terms of date and repertoire, great similarity to the finds from Ribe. Perhaps this range of small personal objects was something that was manufactured in every Medieval town with respect for itself, even though no major traces of this craft survive. 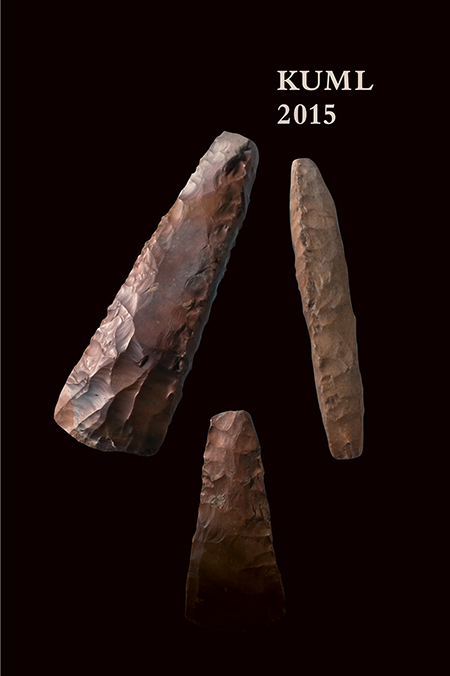