Our understanding of the origins and development of the town of Horsens has been significantly altered by the archaeological excavations carried out over the last 30 years. New information about the town’s history discovered during this time has either confirmed or revolutionised archaeologists’ perception of how Horsens developed during its earliest years and up to the middle of the 14th century.
Modern-day Horsens covers a large area, but until about 150 years ago the town was largely located on the southeastern corner of a large headland, with natural boundaries on all sides. To the south, east and north it was bordered by Horsens fjord (Fig. 1.1) and the fjord inlet Nørrestrand (Fig. 1.3). To the west it was bordered by the meadows alongside the rivers Store Hansted Å (Fig. 1.5) and Bygholm Å (Fig. 1.4).
The earliest settlement, from the Viking Age, was found close to where Bygholm Å empties into the fjord; where a small spit of land created a natural harbour (Figs. 1.9 and 2.10). Until the end of the 19th century the town therefore effectively lay enclosed on a small plateau, bordered to the south by the river and to the north by a marshy, hilly area (Figs. 1.8 and 2.1-2).
The approximate extent and layout of Horsens in the Viking period is known: Pithouses and deposits indicating human activity (Fig. 3.1-4) have been found in, and south of, the modern street of Borgergade. The whole area is believed to have been delimited by a ditch (Figs. 3.2-3 and 7), which may have had earthworks associated with it (fig. 3.5). Pithouses and postholes have also been found east of the ditch (fig. 3.8-10), in an area just north of the river mouth. The relationship between the two separate settlements is still unclear, but the last signs of activity in both areas are from the 10th century AD. The graveyard belonging to the Viking Age settlement was located to the west, in modern-day Søndergade (fig. 3.7).
There were changes to the settlement in the 11th century. In the area within the ditches, pithouses were replaced by a vegetation layer and at the end of the century a large, curved-walled house was built west of the ditch on what would later become the town’s market square (fig. 3.6). It is highly unlikely that the settlement was completely abandoned, and there is a major overlap between the areas where finds from the Viking Age have been recorded and where the town developed during the Middle Ages. This is especially true for the area around Borgergade, which appears to have been surrounded by various ditches located in almost the same place during both the Viking Age and the Middle Ages (fig. 4).
Our knowledge and understanding of the earliest stages of the town are still fragmentary, with few finds from this time. The evidence is open to different interpretations, and it is still unclear what status the settlement had and in what context the Viking Age settlement should be perceived.
In the Early Middle Ages, the town was still centred around Borgergade (fig. 5). The town was still surrounded by a ditch in the early 12th century (fig. 5.1-3, Figs. 4, 6 and 7), but in the middle of the century the ditch was filled in and the unconsolidated areas above it were secured with piles (fig. 5.4). The filling in of the ditch should be seen in conjunction with the ending of various conflicts over the Danish Crown in 1157, which made defensive earthworks around the town unnecessary. Only a few remains from the 12th century – a house and a well (fig. 5.6 and 5.8), have been found outside the Borgergade area.
Compared with other early Danish towns, Horsens’ church occupies an unusual position. According to written sources, the town had only one parish in the Middle Ages and the main church was located outside the town. This situation is seen in several Danish towns, predominantly the earliest examples, whereas the church was given a prominent location in towns founded later. Conversely, towns with only one parish are thought to be a later phenomenon, because the parish structure was established at the same time as the town. There is no simple explanation for why the church location and parish structure developed differently in Horsens, but archaeological traces of other religious activities may indicate that ecclesiastical developments in Horsens were more complex than currently understood.

When the defensive ditches were filled in in the mid-12th century, a valuable source of information was lost in relation to an understanding of the town during the 13th century.
The development of Horsens in the 12th century is characterised by the emergence of several ecclesiastical institutions. These were in addition to the already established Our Lady’s (Vor Frue) church (fig. 8.8) and were in an area corresponding to the town’s known area during the 14th century.
The grandest building was St. James’ (Sankt Jakobs) chapel in what later became the town square. This is a monumental, supposedly royal, chapel on which building work began in 1225 (fig. 8.7). East of this, a Franciscan monastery was founded in 1261 (fig. 8.9). Horsens may have had a further ecclesiastical institution, located where the town hall was later built (fig. 8.5). Remains of foundations, burials and a house, dated by a coin to the reign of Eric V. Klipping (1249-86), have been found there. The town’s home for lepers (Sankt Jørgensgård), located by road leading into the town from the southwest, may also have been founded in the 13th century (Fig 8.10).
Secular buildings are almost exclusively seen in the same area as the older settlement around Borgergade (fig. 8.1-8, fig. 9). A major hindrance to mapping the extent of the town at this time is that its outer limits, in the form of ditches or larger moats, are unknown. There are, however, reasons to believe that the town experienced growth and expansion like that of the ecclesiastical community. Scattered finds from this period are recorded from the part of the town that is traditionally dated to the 14th century (fig. 8.4).
The early part of the 14th century is the period which has left the clearest traces in Horsens’ history. Investigations in the 1990s indicated that a completely new layout was established for the town around 1300, which is in keeping with developments in the rest of Europe. From the central square (fig. 10.1), hosting the royal chapel, four roads radiated outwards – the pre-existing Borgergade (fig. 10.2) and three new roads (fig. 10.3-5). A moat of significant size was dug around the new town and, to a major degree, this defined Horsens for the rest of the Middle Ages (fig. 10.8). It is unknown to what extent the moat and the plots were part of the original town plan, or whether they first came later, but there is a clear correlation between the three (fig. 12)
There is evidence to suggest that while the moat was being dug around the town, a defensive ditch was also being dug around the chapel in the square. The fort or castle in the square dates from the early 14th century and was connected with the peasant uprising against the Danish king, Eric VI Menved, in Jutland in 1313.
The strategic wisdom of the time would not have considered the positioning of the fortifications to be optimal, being in the middle of the town and at the foot of the northern hills. The fortification is therefore considered to have been a temporary measure. But while it existed, the defensive ditch was maintained, and its course possibly altered (fig. 11). The fortification in the square was therefore a predominant part of the townscape for several decades, until it was replaced by the royal fortress Bygholm, to the west of the town (fig. 1.10).
The buildings and layout established in Horsens in the early 14th century affected the town’s development throughout the Middle Ages. It must be assumed that the king had an important role in the town’s growth during this period as is seen elsewhere in Europe.
As the king’s influence in the town diminished, the activities of the town council became gradually more prominent during the 14th century, and it must have been especially clear after 1350. The diminishing role of the king also meant that a new player entered the scene – the Order of Saint John. The order seems to have had a central role in the town during the Late Middle Ages.
Even though the archaeological evidence relating to Horsens’ earliest days remains sparse, it indicates a town whose development was strongly affected by a central influence, with little to suggest that this development was unorganised. 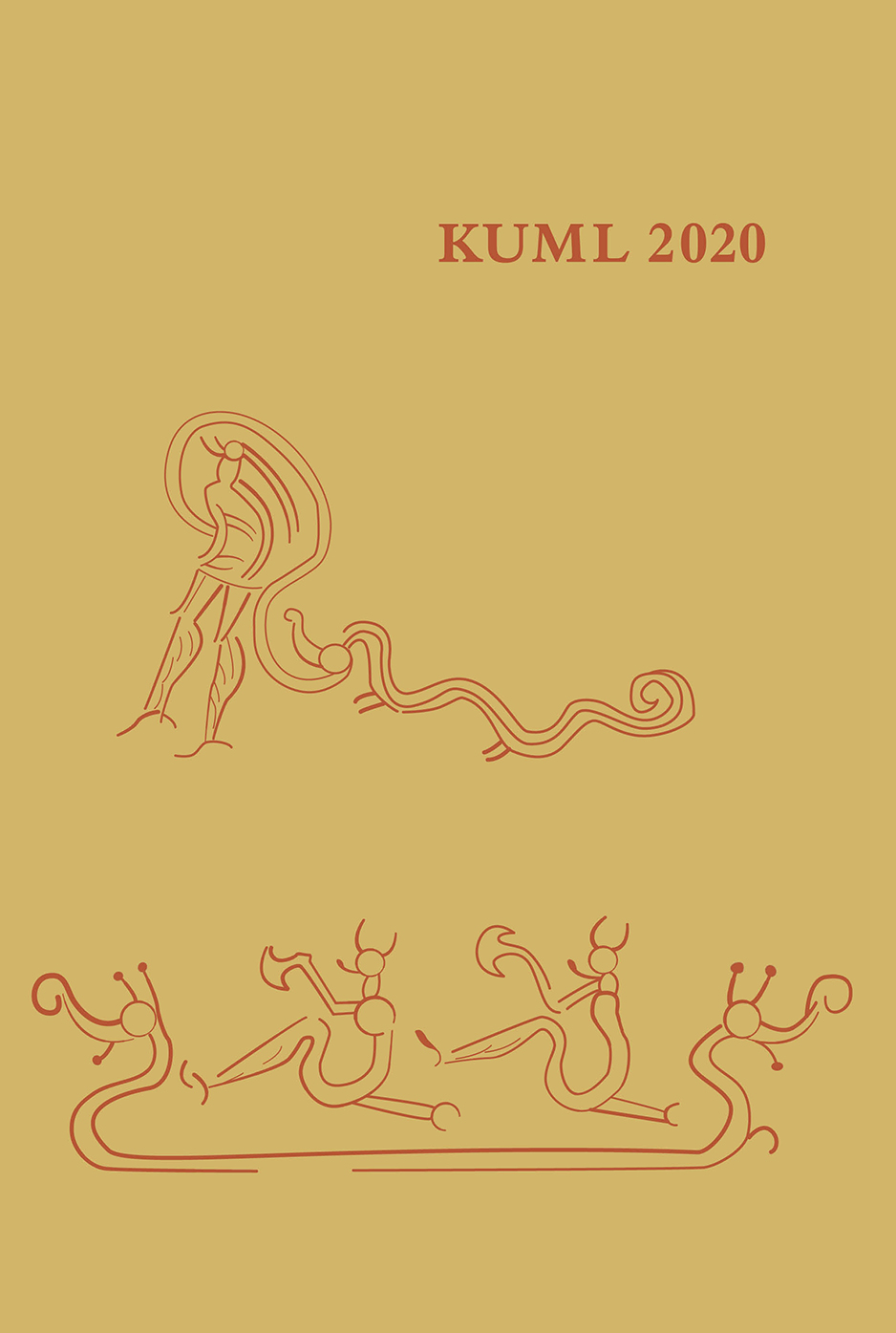