Danish medieval pottery with anthropomorphic decoration. A contribution to the history of the lead-glazed jug

The author has classified the medieval pottery with anthropomorphic decoration found in Denmark. This pottery is not only characteristic, but also relatively fully published, especially the English material, but also that from Sweden, Holland, Belgium and France. It may therefore provide information on the import of, and on the foreign influence on domestic production of the lead-glazed pottery in Denmark and finally on the characteristics of the Danish production.

The material, comprising 24 specimens, is divided into two main groups, one with sculptural decoration (Group I) and one with moulded decoration (Group II). This grouping is thought necessary, although it has not been employed in the other literature on the subject. Group I is divided into four sub-categories: a. faces at the rim, b. faces and other parts of the body on the rim and neck, c. faces on the neck, and d. faces on the body and handle. Group II is too small for sub­division.

Group I a is very heterogeneous, sharing only the stated criterion. No. 1, which was published by G. C. Dunning in Rotterdam Papers, and no. 2, which was found in the rubbish layers from the pottery at Farum Lillevang in Zealand, are assigned on account of the bright red, finely tempered ware to "local" pottery, not further defined but termed "South Scandinavian pottery". The rim profile of the Farum sherd is not found in the other Farum material, and its presence there can thus merely establish that the Farum potter was aware of anthropomorphic decoration. In this connection (and in connection with Group I c) Dunning's characterization of "Danish" lead-glazed pottery in Rotterdam Papers is discussed. The author is largely in agreement with Dunning, in describing this pottery as technically somewhat primitive, in relation to the other North European pottery, whereas Dunning's perception of the Farum ware as a dominant form of South Scandinavian pottery is considered highly exaggerated. Documentary evidence of potters before the 16th century is not available but the material contains many examples of pottery which is Scandinavian, but apparently foreign to Farum, for example a group of glazed jugs from Lund characterized by a facetted foot, and a group of Zealand jugs with pale-green glaze and a bichrome effect in the decoration -the latter apparently an influence from the pottery of northwest France. Evidence of other potteries is found in an integral find from Svendborg (Funen) of raspberry -and band-decorated, but unglazed sherds, and in a large find of glazed and unglazed pottery with many wasters found outside Skanderborg in Jutland in the summer of 1972. No. I a 3, which was found in Ribe on the west coast of Jutland is on account of the light brown colour and the sandy ware considered to be imported from England. No. 4 is -as far as the author is aware- without parallel, and there is doubt as to whether it is medieval at all. No. 5, likewise from Ribe, has a white body and is green-glazed both inside and out and thus belongs to the group of imported wares which the author of Chateau Gaillard V has considered to be of northwest French origin. None of the sherds in Group I a have been found in a context which provides a basis for dating.

All pieces in Group I b are closely related. Some of them have been shown to Dunning, who has referred to them in Rotterdam Papers in his distribution map of Grimston Ware to which there are strong similarities of form, firing and glaze. These and several sherds of the same kind were found in Ribe, whose geographical position makes foreign contact likely. Two of them (no. 2 and 6) have been found in the same stratigraphic context as rouletted "Aardenburg" pottery, sherds of white-fired northwest French jugs, ribbed Rhineland "stoneware" and inside­glazed, red-fired "reartail" pans which are known from Aardenburg from about 1300. On account of the last-named, the sherds of Group I b are dated to the period 1300-1350.

The pieces in Group I c are also closely related, all belonging to the type of face-sherds which Dagmar Selling christened "monk faces" and which K. J. Barton in his publication of Swedish glazed earthenware (including those with moulded faces) called "arcaded faces". The similarity between the Danish and the Swedish faces is both sculpturally and ceramically so great, that the writer regards them as products of the same workshop. The type has been found in Scandinavia only, concentrated around the Sound (see distribution map), so there can be no doubt of its Scandinavian origin. The dispersion is, however, considerable, showing that the local pottery was widely traded. It is not known exactly where this type of jug was produced and although it is tempting to refer it to the very productive pottery at Farum Lillevang, there is, as mentioned above, no evidence for this in the material from that site. Archaeological dating is not possible in this case either. has a white-fired body with a light green glaze and dark brown patches. It is assigned on account of these features to northwest French -or perhaps Belgian- pottery, but parallels to its peculiar form have not been found in that area. There is though, remarkably close agreement of form between the Danish cup and the so-called "Hochzeitsbecher" from Brno, which is, however, of reduction fired, stonewarelike clay. V. Neduka states that anthropomorphic decoration is unsual in Czech medieval pottery and assumes that is was inspired from northwest Europe. Technically, the "Hochzeitsbecher" is closely related to "Brünner Becher" and is thus definitely a Czech product of the 15th century. The Sandgravvold cup cannot be accurately dated, but the context suggests the latter half of the 14th century.

Of the two other pieces, one definitely represents and the other probably so (the horns on the forehead are broken off) a devil's mask. Parallels to this special form or to the position of no. 3 on the handle of the jug have not been found. The ware closely resembles that of Group I c, and is therefore regarded as Scandinavian. The find context provides no foundation for dating in this case either.

The first three of Group II's four specimens are so similar that they must be referred to the same workshop. They were found in or near Ribe and could -in accordance with Dunning's characterization- be of local origin on account of the thick walls, bright red body and careless application of the glaze, although large white particles of temper distinguish them from the examples mentioned above. It may be remarked, however, that Dutch and Flemish pottery is made in the same way, and the method of decoration, which consists of pressing the soft wall of the vessel from the inside into a mould, and which is employed in three jugs from Ribe, is also found in the Low Countries. The author has not been able to find face masks in this technique, but refers to the jug with fiddlers and mussel shells from Leeuwarden and to jugs with mussel or raspberry decoration in this technique. Several specimens of the latter type have been found in Ribe, where Netherlands pottery is a frequent occurrence. The three jugs, which cannot be dated from their archaeological context, may be Netherlands import or local manufactures strongly influenced from abroad.

No. 4 in this group shows a woman's face, impressed in a lump of clay applied to the vessel wall. Parallels are known from southern Sweden and have been published by Barton who speaks in his description of the "classical" shape of these heads. Dating is not possible in this case either.

As will be seen from the above, the Danish material provides no independent contribution to the problem of dating the lead-glazed jug. A table recording the sherd material from a single excavation in Ribe provides some information on the relative chronology, however. The youngest layers are at the top of the table. The white-fired face sherd no. I a 5 was found in layer 6. The most important observations are as follows: "Pingsdorf" pottery of the hard-fired type is represented in layers 14-7 and "Grau-blaue Ware" in layers 11-7 (the sherd in layer 5 being left out of account). "Geriefte Ware" is found from layer 9 but is in the more recent layers not distinguished from unglazed stoneware, which with glazed stoneware is represented from layer 5. With respect to earthenware, sherds of Andenne type are found in layers 10-7, the white-fired green-glazed ware in layers 9-2, the bichrome ware in layers 8-2, sherds of Netherlands (Aardenburg) type in layers 7-3 and sherds of inside-glazed tail-pans in layers 9, 8 and 5. Most remarkable in this connection is perhaps the overlapping of the Pingsdorf ware and the lead-glazed earthenware. Pottery which can be dated with some certainty to the 15th century is not found in the material; layer 1 is garden soil of recent date.

Of these anthropomorphically decorated pieces about which one may venture an opinion, 7 are regarded as imports from England, 2 as imports from France, 3 as possible imports from the Low Countries and 10 as locally produced. That the three foreign areas have been able to influence the Scandinavian production of glazed earthenware is not surprising, since they were the most important North European producers of this type of ware. There has hitherto been a tendency in both Denmark and Sweden to regard Scandinavian lead-glazed earthenware as import from England, or at least strongly influenced from there. Both Dunning and Barton reject this idea and point to the close relationship to Dutch and Flemish material. Both the anthropomorphically decorated earthenware and the comparative material discussed above support this view. Connection with the Low Countries can to a certain extent be traced in the face jug from Aarhus and it is evident in three identical jugs from Ribe. It is difficult to demonstrate definite English influence, while French influence seems to be manifest in the above-mentioned group of jugs with bichrome decoration from Zealand. The trade route from the Channel area, via Ribe to the Baltic region, makes Ribe a likely agent of the Netherlands influence. But the anthropomorphic decoration on true South Scandinavian (or Scanian-Zealand) pottery shows ingenuity in choice of subject and form, so that its makers cannot be regarded as mere epigones.

At the last minute has been added a fragment of a jug (fig. 27) which has been found in the Cistercian monastery Løgumkloster, on the west-coast, south of Ribe. The red-fired ware with its comparatively large content of sand indicates an English origin, and this is strongly corroborated by the "collar side face" (Barton, Anthropomorphic Decoration, 1968, fig. 4.) and by the twisted rod-handle (Rutter, 1961). Both these features suggest North-East England as the place of origin for this fragment. 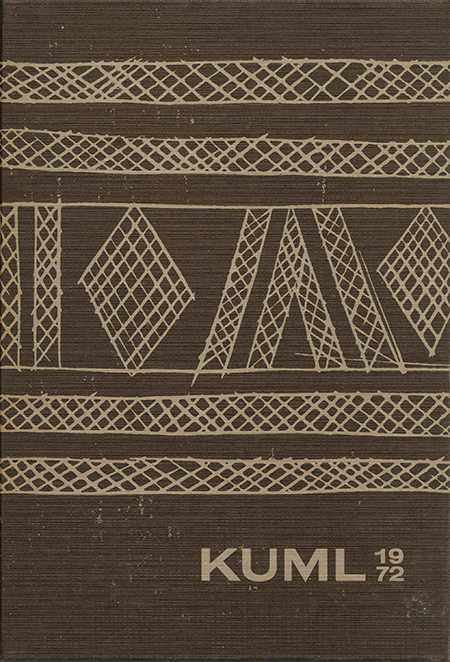