A Bronze Cup from the Ålborg Area

In 1863 a group of bronze fragments, which were said to have been found in the vicinity of Aalborg, in the North of Jutland, was received at Aalborg Historiske Museum 1). The group comprised: 1 (Figs. 1,1-7 and 2,1-5). Fragments of a cup of beaten sheet bronze of the Friedrichsruhe type 14), subgroup Ostenienburg-Dresden 16) with strap handle ornamented with rows of small bosses. Among the fragments are 4 with nails and strips of sheet bronze like the lower end of the handle. As there are too many for one handle they may indicate the presence of two cups or more likely that the cup had been repaired.

The cup is the northernmost example of its type which dales from period III, i. e. Hallstatt A and what used to be called Bronze D, and was imported from Central Germany or Eastern Central Europe 14). As all the bronzes date from the same period and show the same patination they may constitute a grave group, which like the other Danish graves with Friedrichsruhe cups would belong to a man 18). 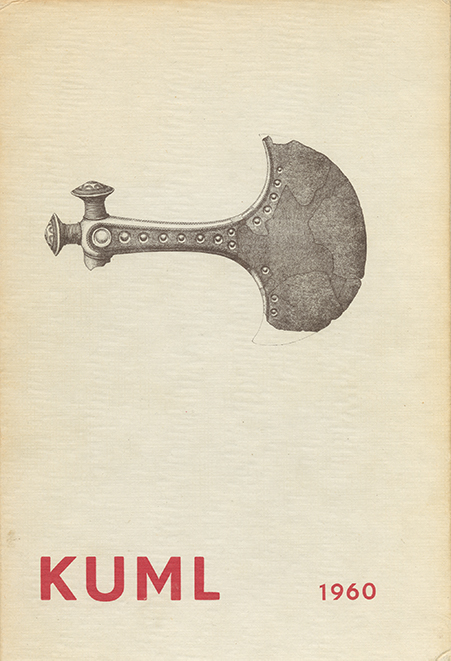