The object of this essay is to explain the significance of archaeological frauds in the perception of prehistory. The motives and consequences of the frauds concerned are illustrated by a series of case stories. These case stories span from quite harmless banal frauds, through unscrupulous ideological falsification of history, to the borderland between forgery and self-deception. It turns out that only a few archaeological frauds have been produced in order to make money or for similar purposes, while the majority are side products of nationalistic and patriotic conceptions. This implies that archaeology in a societal context is a powerful science even though this is hardly ever reflected in the size of economic provision for the discipline.

The Cardiff Giant (fig. 1) emerged in 1869 in the State of New York. It was claimed by the finder, together with the owner of the land where the Giant was found, to be a fossil man, or maybe a statue of an ancient deity. Although it was denounced by most scientists as a hoax, people flocked to the sight. And the finder made large quantities of money by selling tickets and snacks to the visitors. After three months of financial success he admitted that the Giant was made of gypsum, and that he had buried it himself at dead of night.

In the case of the Davenport Conspiracy (Iowa, 1877) the successful amateur archaeologist Jacob Gass excavated a number of slates covered with mysterious engravings. At first the local scientists were impressed, but it soon turned out that the slates were a hoax. It was later revealed that the hoax had not been perpetrated by Gass himself. Envious amateur scientists seeking to give him an untrustworthy image had planted the slates.

The tale of the notorious Piltdown hoax began in 1908-15 in Sussex, England, when amateur archaeologist Charles Dawson found what seemed to be human fossil remains – pieces of a human skull, an ape-like jawbone and a number of teeth. Due to geological circumstances the remains were dated as late Pliocene or early Pleistocene and were claimed to represent the “missing link” (figs. 2-3). But in 1954 fluorine, uranium and nitrogen dating exposed the human skull as of relatively recent age and the jawbone as being that of a recent orang-utan. Both had been treated with pigment to make them look old and alike. The forger has never been identified, though many speculations have circulated. Thus the motives for the hoax are still unclear. The original motive might have been a quest for personal glory within the scientific elite. But the timing of the hoax (in the same period as that when the human fossils of Java and Heidelberg were found) was perfect for the promotion of the British Isles. Prior to Piltdown Man almost all British archaeological finds on the isles were Neolithic, or even later. But now the evidence for human presence there was suddenly parallel to the Continent.

Ever since the “discovery” of the Kensington rune stone, in Minnesota, USA, in 1898, it has been debated whether the stone is genuine or not. Most reputable scientists, however, think of the stone as a falsification produced by Scandinavian immigrants (fig. 4). This stone is just one example of several archaeological frauds in North America, concerning “Viking” artefacts in particular, but there are also frauds relating to Indian cultural and religious relics. A certain group of frauds relates to the geology and fauna of America, as well as early human presence, motivated by desire to construct a picture of this part of the world being older than Europe (fig. 5). The majority of the North American frauds seem to be an attempt to redress an inferiority complex in relation to Europe (The Old World). Furthermore these frauds often seem to feature a layman rising against the scientific elite. It was even at one stage proposed that the authenticity of the Kensington Rune Stone should be put to the vote (!).

The anarchy which characterises the North American frauds was not at all at present in the historical falsifications of Nazi-Germany. Though the purpose was roughly the same: to promote the nation’s ancient glory. At the launch of The Third Reich in 1933 the young archaeologist Hans Reinerth (fig. 7) was appointed to lead Reichsbund für Deutsche Vorgeschichte (The National Federation for German Prehistory), which was established under Albert Rosenberg’s Amt Rosenberg – the cultural department of Nazi-Germany. The aim of the Reichsbund was to promote the prehistory of Germanic culture and the idea of its superiority. The means were – among others – the monthly popular journal Germanen-Erbe (The Germanic Legacy) and the creation of museums of local archaeology and folk-lore. The journal contained articles and essays on excavations, research etc., deeply pervaded by nationalism and racism. And the museums had reconstructions on display that were far distant from the archaeological truth (fig. 6). All archaeologists, not just those who personally believed in the national-socialistic ideology, found that it was a good bargain – and almost a necessity – to support Nazi archaeology. The public funding of prehistoric archaeology was multiplied after 1933. In the period 1933-35 eight professorships in the discipline were established; archaeological departments were established at 25 universities; huge amounts were used on excavations and increases in wages. Before that prehistoric archaeology (i. e. North European archaeology) had been a low-status discipline compared with Classical and Near Oriental archaeology.

On the rock of Runamo in Blekinge, Sweden, strange characters in rows have been known for ages (figs. 8-9). They were first mentioned by Saxo Grammaticus. Since then many attempts have been made to uncover whether this phenomenon was caused by Nature or by Man and – if the latter was the case – what the message might be. In 1832 the antiquarian Finnur Magnússon led an expedition to Runamo to expose the secret once and for all. Magnússon’s romantic mind and almost blind faith in the Norse sagas, along with the influence of the expedition’s unreliable geologist, J. G. Forchhammer, led him (after months of research) to the conclusion that the characters were runes referring to the epic battle of Bråvalla. This resulted in publication of a 700-page paper in 1841. But as early as 1844 the young Danish pioneer archaeologist J.J.A. Worsaae systematically rejected the thesis: the “runes” were in fact a natural phenomenon and Magnússon’s faith in Norse sagas as a historical source was outdated; furthermore his naive confidence in the geologist’s conclusions was unprofessional. The hitherto honoured antiquarian was subjected to public ridicule, became sick and died in debt three years later. This case is of course not a traditional forgery. But an individual’s subjective, romantic conception of his “national” prehistory – leading to self-deception – takes on the same nature as the majority of the forgeries and frauds mentioned here.

The majority of archaeological frauds have ideological or patriotic undertones even though the motives may be selfish. The persistent character of the frauds – e.g. the North American hoaxes and the prehistory propaganda of Nazi-Germany – shows that archaeology is a mighty societal and political force. It is part of an ongoing battle over what is the truth about our prehistory.

But what about today – is archaeological forgery a thing of the past? Of course in some totalitarian states falsification of history occurs, but in our world traditional forgery is probably a rare occurrence, primarily because of the high level of documentation and verification of archaeological material and its context. The “truth” about our prehistory is today mostly determined by the large – and still growing – number of experimental centres, open air museums etc., which are more or less trustworthy. In this popular dissemination of prehistory – live – stereotyped prejudices are often promoted. Thus, for example, the countless number of “Viking re-enactment museums” display too many identical replicas of the Oseberg tent; too many Hedeby houses; too many Ribe lots – all populated by souvenir selling Vikings and upper-class Vikings, dressed as if no common people and slaves ever existed in the Viking Age.

Producing and displaying stereotyped prehistory to please the masses and to make money. This is perhaps the fashionable form of faking prehistory today. 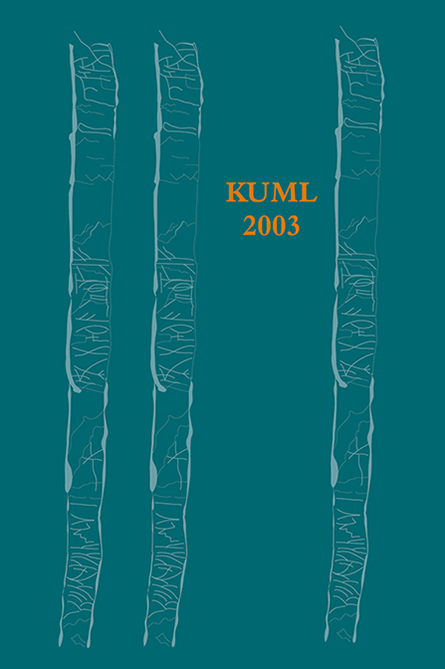