FROM THE MOUTH OF SHADOWS: ON THE SURREALIST USE OF AUTOMATISM

From surrealism’s beginnings around a Parisian séance table, it oscillated between the occult and the political. One of its key methods, automatism, provided access to both the esoteric and the exoteric: it took form in the mid-19th century as a spiritualist technique for communicating with the other side while, simultanously, this other side could address political issues as equal rights, de-colonisation and a utopian future with an authority coming from beyond the individual. By tracing the development of automatism, the article shows how automatism in surrealism became a call for both a re-orientation of life and an institutional re-organisation by becoming a divination tool for a future community looking back to hermeticism to find a way forward. The article argues that not only can surrealism fruitfully be understood in the light of an occult revival in reaction to crises but, additionally, that it marks the return of and a reaction to a kind of magical thinking in the modern – due to waning religious and socio-economic orthodoxies – that echoes eerily into our own big data contemporary of social medias where we tend to substitute equations with associations. 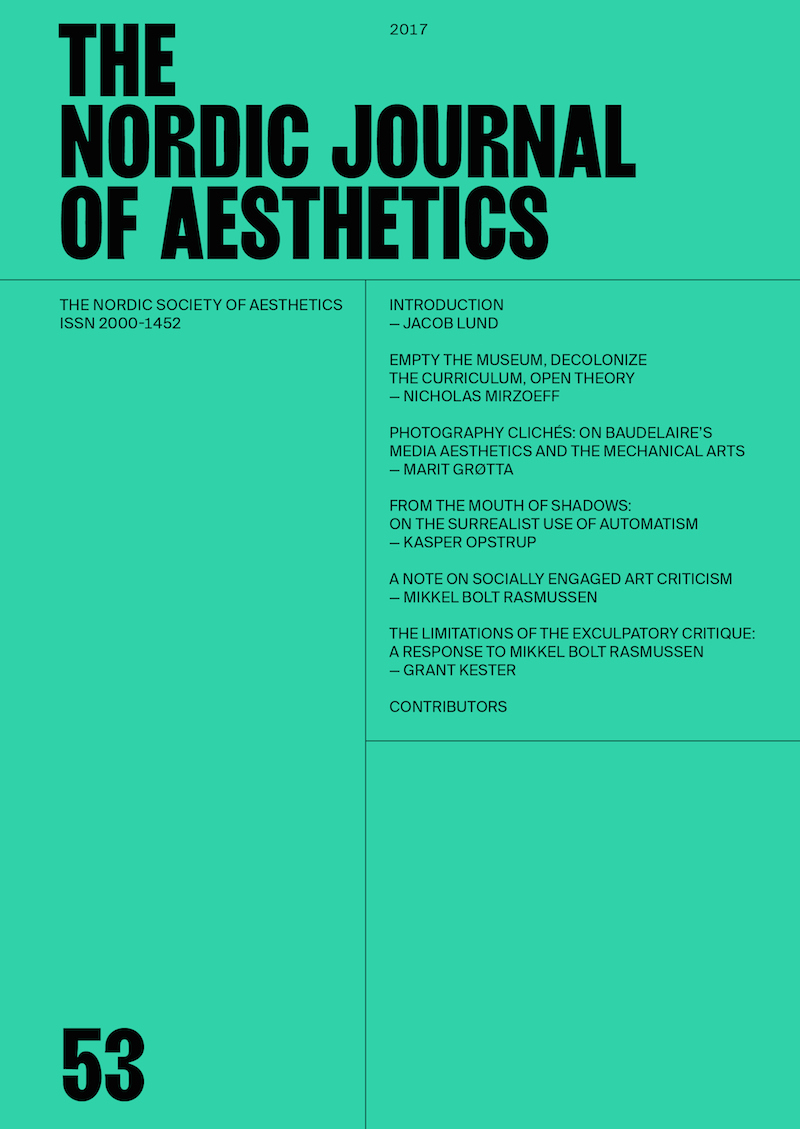