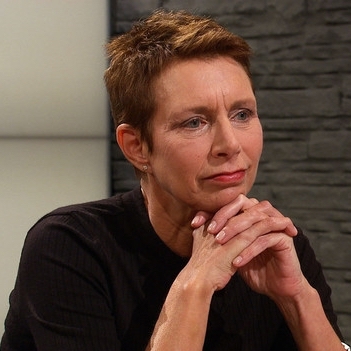 She studied philosophy at Tuebingen, London, Oxford, and Berlin and completed a Ph.D. in 1988 at the Free University Berlin (on theories of meaning in analytic philosophy and hermeneutics). She finished her habilitation in 2001 at the University of Bremen (on the value of privacy). In 2003/2004 she was a fellow at the Institute for Advanced Study (Wissenschaftskolleg) in Berlin; in November (2011) she was a fellow at the Macquarie University Research Centre for Agency, Value and Ethics, Sydney. In 2015 in November and December she was a research fellow at Melbourne University, Law School. In the spring of 2017 she was a visiting professor at New York University.

She is a founding member of the Amsterdam Platform for Privacy Research (APPR). Since 2009, she has been a co-editor of the European Journal of Philosophy. Her board memberships also include the Editorial Board of the book series Essex Studies in Contemporary Critical Theory (Rowman and Littlefield) and the International Advisory Board of the Institute for Social Research, Frankfurt/Germany.

In 2016 she was elected a corresponding member of the Göttingen Academy of Sciences and Humanities at Göttingen, Germany. She teaches Bachelor and Master courses in ethics and social philosophy, as well as a course on Literature and Ethics. Her research fields include theories of freedom and autonomy, theories of privacy, the ethics of technology, justice and equality, ethics and the good life, and feminist theories.