The early sanctuary of the Argive Heraion and its external relations (8th-earl 6th cent. B.C.)

The present article continues my studies of the Greek Geometric Bronzes from the Argive Heraion (IS IV) which concluded that until the early 1th Cent. B.C., the Greek bronzes of Argos and the Argive Heraion differed to such a degree as to indicate the sanctuary as independent of the settlement of Argos.

Similar results concerning the bronze imports having been reached earlier (IS II), the significance of Near Eastern imports of bronze vessels in wine sets is now stressed, suggesting that the introduction of banquets with wine shortly before 100 B.C to some Greek sanctuaries was influenced via Phrygia. The banquet implements in general emphasize the cult correspondance of the two North East Peloponnesian Hera sanctuaries, the Argive Heraion and the Heraion of Perachora.

Until the early 6th Cent. B.C., the Archaic Greek bronzes at the Argive Heraion are sporadic apar tfrom fibulae and some banquetting vases, and in contemporary Argos they are almost absent. However,from the second quarter of the 6th Cent. B.C., a rich production of banquetting implements, a beginning of local bronze mirror manufacture and, in particular, several fine bronze statuettes indicate a revival of the cult life at the Argive Heraion. From now on, the bronze sculptures at the Argive Heraion and Argos appear inseparable, continuing a stylistic tradition which developed at Argos already in the EG Period, but previously was unidentified at the Heraion, and showing a correspondance of the two sites, also in their outside relations, especially to the Corinthia and Eaconia. The Archaic Greek bronze sculptures, in particular, suggest that by the early 6th Cent. B. C, the Argive Heraion formed an integral part of the territories of the city-state of Argos, presumably having been appropriated sometime between the years 615 and 515 B.C. 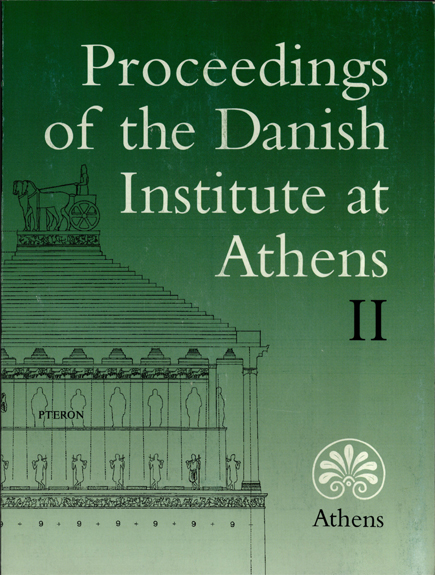