The historical writings of Vilhelm la Cour: an outline and an interpretation The Danish historian Vilhelm Birkedal Barfod Dornonville de la Cour (1883 - 1974) was a prolific writer of historical as well as political texts. Even though his extensive and varied authorship warrants an extensive analysis the focus of this article is mainly on his historical writings. Vilhelm la Cour began his scholarly career as a student of history at the University of Copenhagen in 1902 where he earned an MA in 1909 and a doctoral degree in 1927. The thesis was about early urban structures on Zealand in the Neolithic and Bronze ages. For the major part of his professional life he served as a teacher in different upper secondary schools while at the same time publishing books and articles in a steady flow, continuing even after his retirement and indeed until his very last years. La Cour was a member of the Danish Conservative Party and throughout his life a staunch campaigner. From 1918 to 1970 he more or less single-handedly published, edited and wrote a small journal called Grænsevagten ('The border guard'), a title alluding to the disputed Duchies between Germany and Denmark. At the time of the Second World War German occupation of Denmark la Cour called for disobedience to the official policy of collaboration. On various occasions he was imprisoned by the Danish authorities and finally fled to Sweden in 1944. La Cour's historical authorship includes a four volume History of Denmark, various contributions to anthologies on the same subject, and numerous books and articles on Danish medieval history and even other subjects, including current scholarly controversies. In the present article Vilhelm la Cour's historical authorship is examined by identifying its central aspects and key notions. In his magnum opus as well as in his contributions to composite works on the history of Denmark three such key notions are discovered: Firstly, The Danish People, viewed as a collective , culturally consistent unit; secondly, The King, who - for better or worse - by his individual historical agency embodies and represents the same people; and thirdly, the National Sentiment which includes not only patriotism, but also shared mentality and collective memory. This framework, in all its simplicity, integrates the collective with the individual and the present with the past in such a way that - after its completion with historical detail - it may be termed a 'grand narrative', adapted from Jean- François Lyotard and his La Condition Postmoderne (The postmodern condition) from 1979. Obviously, the message of the narrative is not coincidental, but is firmly embedded in a politically conservative nationalism. This is not very surprising, given the fact that Vilhelm la Cour was a person who held convictions to be important in human life. On the other hand, one should not from this analysis infer that la Cour was locked off from communication with those of a different mind. In his coverage of the 20th Century in his History of Denmark he right away and rather abruptly substituted the elected Parliament and Government for the King as essential managers of specific historical agency on behalf of the Danish people. This change in viewpoint brings to mind the artificial aspect of historical representation. La Cour's historical authorship was sustained by a capacity for giving coherence and unity to his work by employing rhetorical and literary devices that in terms of genre deviates from a naïve and overconfident realism. This was even reflected in his own expressed views on methodology and his place in the Danish historiographical landscape, an issue which is dealt with in the last section of the article. It is argued that his views were suspended between on the one hand faith in source criticism and factfinding as the core of scholarly historiography, and on the other hand the importance that was attributed to the creative, imaginative and committed mind of the individual historian by a somewhat older historicist tradition. 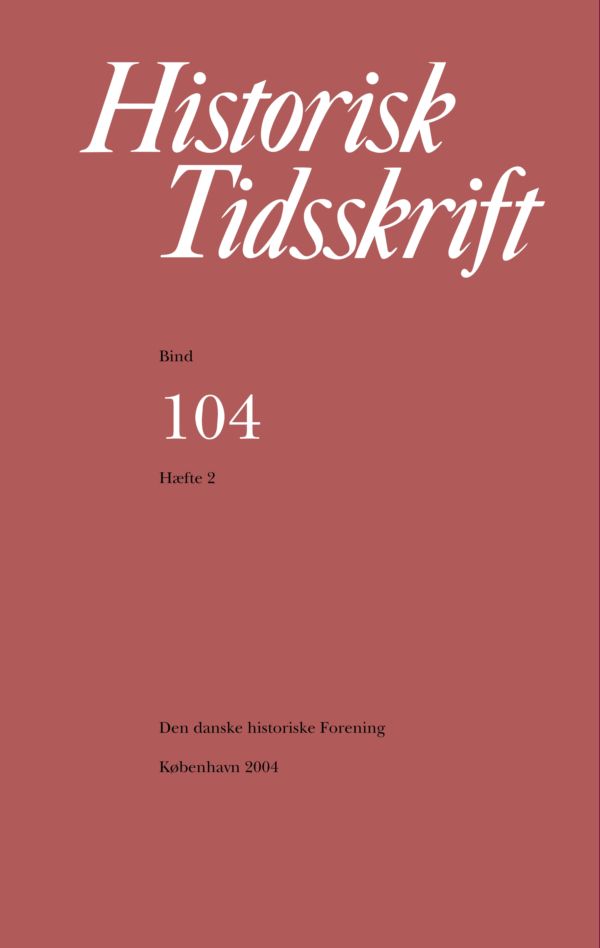