The Reception of Darwin's Theory of Evolution in Denmark 1860-1880In Denmark the reception of Charles Darwin's theory of evolution by natural selection has never been completely investigated. In this article, reinvestigating the reception among Danish natural scientists 1860-80, one step in that direction has been taken. Focus has been placed on Darwinism as a scientific theory whereas Darwinism as a philosophy of life, most commonly known in Herbert Spencer's phrase »the survival of the fittest« fuelling Social-Darwinism, has not been included.The point of departure has been a historical analysis of seven important Danish natural scientists: J.J. Steenstrup (1813-97), J.T. Reinhardt (1816-82), C.F. Lütken (1827-1901), E. Warming (1841-1924), J.C. Schiödte (1815-1885), F. Meinert (1833-1912), J.E.V. Boas (1855-1935), and finally Darwin's Danish translator J.P. Jacobsen (1847-1885). With this final exception, they were all centrally placed in the 19th century world of natural history as University professors and teachers at the Danish »Den Kongelige Veterinær- og Landbohøjskole« (The Royal Veterinary and Agricultural University) and »Polyteknisk Læreanstalt« (The Technical Highschool of Denmark). Moreover, most of them were closely connected to the natural history museums, societies and journals of their time. In other words, their position towards the theory of evolution was highly influential and can be traced through their scientific writings, their teaching and their popular lectures.Danish research on the Darwin reception among natural scientists, made by P. Helveg Jespersen and Mike Robson in the 1980s, claim that the pattern of reception can be characterised as a clash between scientific approaches. That is a confrontation between an old, traditional, romantic and idealistic approach versus a new, empirical and materialistic one which eventually in the name of progress and secularization became victorious.Contrary to this, based on the present investigation of these eight individual scientists in their context, I believe that the reception of the theory of evolution in Denmark should rather be characterised as a relatively peaceful incorporation of a new scientific theory. To me there were no major clashes, neither among the scientists themselves nor between the scientists and society as such. Scientifically one could relate to the theory in a variety of ways. For instance being against it did not automatically imply that one could not teach it as Steenstrup did, or write a serious summary of one hundred pages in a popular journal as Lütken did. On the other hand, having scientifically accepted the theory did not always imply that it became part of one's teaching. Sometimes, as with Boas, it was left out from the schoolbooks for the youngest pupils. To those scientists who related Christianity to Darwin's theory the response was equally complex. To both the Christian Warming and the Atheist Jacobsen, God, for various reasons, was seen as the primus motor of Creation whereas the more humble Reinhardt left the question open for the individual to decide. None of the scientists were so governed by their romantic scientific approach that they were unable to make a critical assessment of the theory of evolution. In their critique, they were primarily concerned about the theory's lack of empirical support. This focus on the importance of empirical data suggests an element of continuity in scientific approach rather than confrontation.The scientists' presentation of the theory of evolution to students at several levels and to a relatively broad section of the Copenhagen bourgeoisie indicate that, in the beginning of the period, the theory in itself was not regarded as controversial. However, this was the case if the theory was used in the service of other more radical interests. By the end of the period the scientists distanced themselves sharply from such practice. Moreover, their audience had become predominantly students or professional colleagues. These two aspects indicate a growing professionalism in the natural sciences. Thus in retrospect, the period prior to the 1880s was more harmonious and this may have had a positive influence on the early reception of the theory of evolution in Denmark 1860-80. 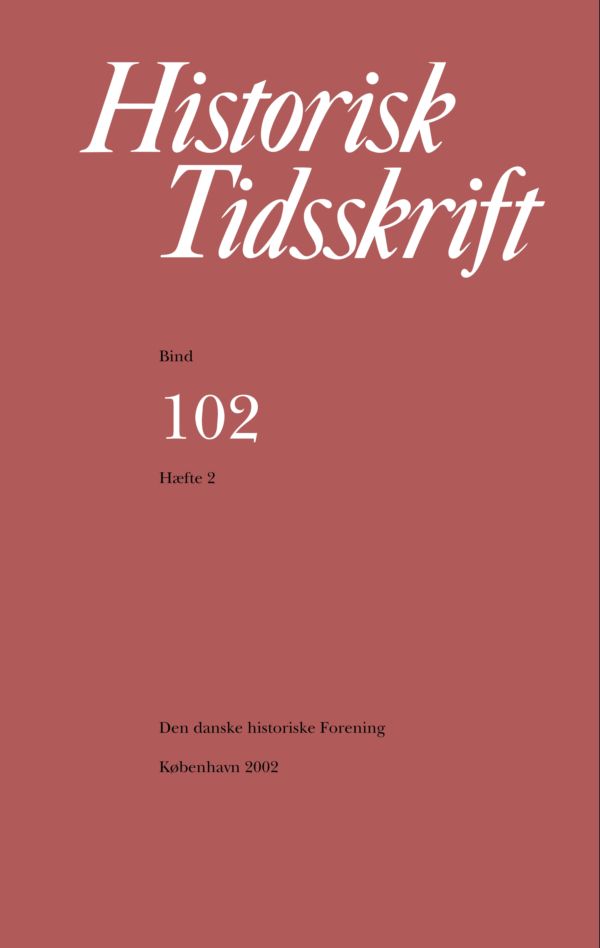