Holmen (or ‘The Islet’) in Copenhagen was once home to the Danish navy and today the area boasts a special cultural environment and unique set of buildings which tell the history of three centuries of the Danish navy. The navy left the area in 1990 and today the area houses a number of education facilities, including the Ministry of Culture, and private residences. The area is now an attractive and lively quarter of Copenhagen.

A large number of old navy buildings are protected according to the Danish Act on Building Heritage and Preservation of Buil-dings and Urban Environments. As part of the Marine Station’s re-location from Nyholm, the Danish Heritage Authorities are prepa-ring to award a number of buildings on Nyholm protected status.

The protected buildings on Holmen include a row of 7 large, connected wooden buildings covering over 5,000 m2. These buil-dings, known as the “Southern Mast Houses”, were built between 1746 and 1824. The mast houses were built to store masts whilst the warships were on display so that the masts were protected against the wind and the weather during storage. The mast houses were specifically constructed for this purpose, meaning that they could handle masts weighing up to 8-10 tonnes. The buildings were made using a solid timber frame construction with unusual, horizon-tally overlapping board cladding. The roofs are hipped with hung tiles.

The protected buildings, which were built as uninsulated and ventilated wooden structures, have today been converted into insulated and furnished offices and showrooms.

Based on the building archives of the Heritage Authorities, this article asks the question of to what extent heritage protection has affected this conversion and how. At the same time, it describes the rights and obligations that developers and the Heritage Authorities have with respect to the Building Heritage Act and how the law impacted decisions, processes and results.

The Heritage Authorities and “Det Særlige Bygningssyn” (Spe-cial Building Supervisory Body), an advisory committee set up by the Danish Ministry of culture, made it clear from the very start, when the first application to modify the mast houses was received in 2000, that their granting of permission to convert the mast houses from a cold to a warm building was conditional on the timber frame construction inside remaining visible.

A review of the Heritage Authorities’ case files for the Sou-thern Mast Houses shows that, based on the Building Heritage Act, they can make a distinction with respect to protecting heri-tage buildings which have not been maintained properly and thus protect the buildings against further deterioration.

This case shows that it is in particular Det Særlige Bygnings-syn and the Heritage Authorities that define and handle the pro-tected elements of the Southern Mast Houses. When handling a case, they work on protecting the protected elements but on the basis of the underlying premise of the Building Heritage Act that they must ensure a function that can serve to maintain the building in the long term.

A review of the case files also shows that Det Særlige Byg-ningssyn and the Heritage Authorities have had a significant influence on the decisions made during the process. However, the case files also show that the Heritage Authorities rely on deve-lopers engaging in the dialogue constructively and on the architects being capable of implementing requirements and wishes for concrete proposals for solutions. Ultimately, the development and implementation of the entire project depends on the developer having the time and resources required to undertake long-term project development himself.

In the case of the Southern Mast Houses, there was a clear division of roles, with the Heritage Authorities providing the framework for the project and asking questions, and the deve-loper/architect answering them. In this case, all the parties were unusually compliant, and a long-term interplay between autho-rities, owners and consultants produced a fruitful and innovative result.

Over the six years, during which the project was developed, the Heritage Authorities and Det Særlige Bygningssyn stuck by their assertion that they could only grant permission to convert the building from a cold to a warm structure under the condition that the timber frame construction would still be visible from the inside. A key point that was crucial for the end result and which became an asset for the project thanks to the solution proposed by the architect firm Frank Maali & Gemma Lalanda MLA/S. 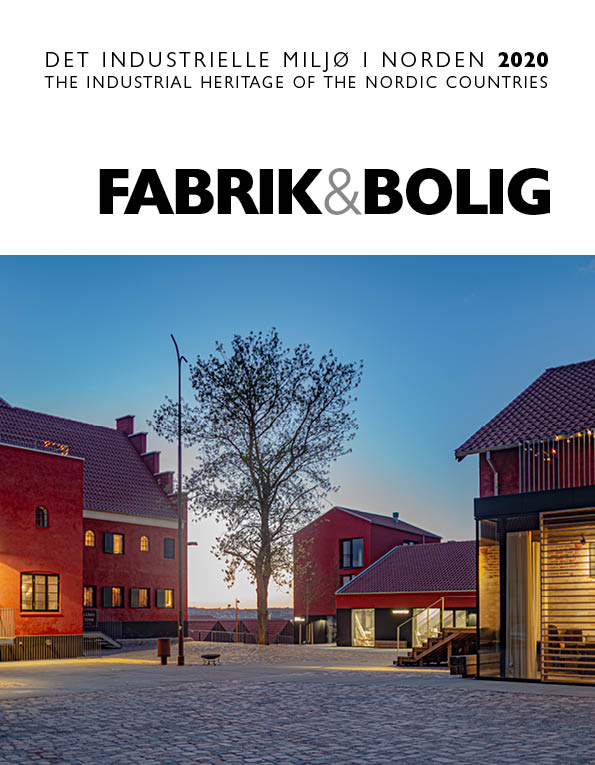