NB: Artiklen er på dansk, kun resuméet er på engelsk. New materials were adopted during the industrialisation of paper production in the early 1800s. Experiments were done with straw and wood as fibre sources and acidic alum was commonly used as a sizing agent for all paper qualities produced by the paper machines. This, along with stiff competition among paper manufacturers, resulted in a drastic decrease in the quality of all types of paper and the production of vast quantities of acidic paper that could last only a relatively short time. Many of the Royal Library’s collections consist of acidic, short-fibre paper from around 1830 up to the middle of the 1980s when, finally, increased production of neutral-sized, long-like paper became possible. Acidic paper breaks down under ordinary storage conditions of room temperature and a certain degree of air humidity. Librarians and archivists throughout the Western world face a major challenge in the preservation of this relatively unstable material. To meet this challenge, various mass deacidification processes have been developed that, by deacidifying the paper, extend its lifetime three to four times. On the basis of a national report on the preservation of Danish cultural heritage, a committee was set up in 2004 to examine more closely the extent of acidic paper in the collections and whether mass deacidification of the country’s collections of unique national significance could be recommended. The committee had various sample tests done, including of the Royal Library’s collections. It was found that 70% of the Library’s collections date from 1800 to 1985 and that 93% of the objects concerned are more or less acidic. On the basis of the sample tests, it was possible to establish a rough prognosis as to how long the Library’s collections would be able to withstand ordinary physical handling, given that the paper, over time, will inevitably become so brittle that it disintegrates with use. If the collections are preserved in a climate, as was historically the case, at room temperature and varying humidity throughout the year, then half of the collections will have severely deteriorated in a hundred years. In order to ensure a longer lifetime, the collections can either be mass deacidified or the temperature and air humidity can be reduced so as to inhibit the breakdown processes. The committee and the Royal Library chose to work to ensure the collections’ long-term life by focusing on cool, dry storerooms, since this solution is, both from the financial point of view and with respect to preservation ethics, the most competitive. Lowering the temperature and the air humidity also makes it possible to extend the collections’ lifetime far more than with deacidification alone. 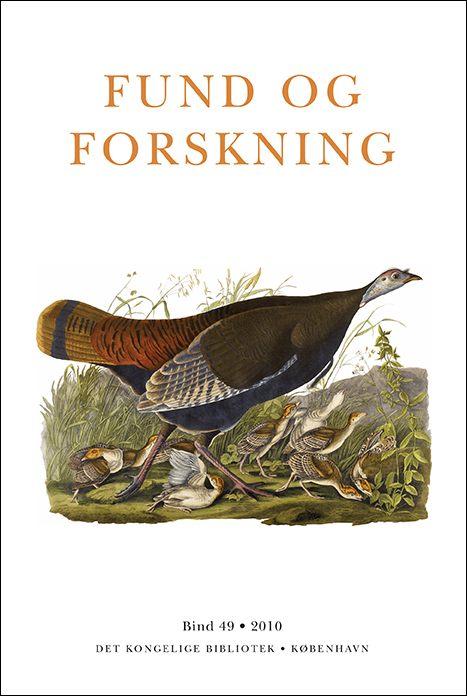